NZ report card 2022: some foreign bragging rights but room for improvement at home 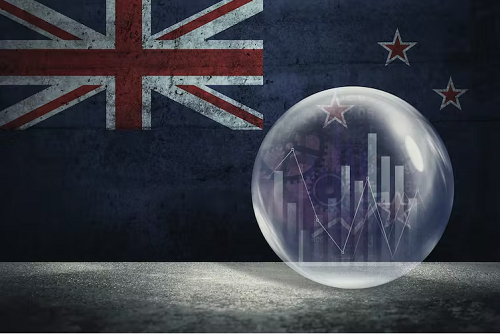 It’s that time of year when school and university students eagerly (or nervously) await their end-of-year results – but also an opportunity to see where the country in general might have passed or failed.

Although international and domestic indices and rankings should be read with a degree of caution – measurements and metrics only tell us so much, after all – it’s still possible to trace the nation’s ups and downs relative to past years.

Overall, the country held its own internationally when it came to democratic values and standards. Transparency International ranked us top, equal with Denmark and Finland, for being relatively corruption-free.

On the Index of Moral Freedom (a libertarian think tank that benchmarks countries’ levels of “individual
freedom regarding ethics and morality”), New Zealand moved to 14th, up five places on 2020.

The Global Gender Gap Report recorded New Zealand holding its position as the fourth-most-gender-equal country. New Zealand stayed in seventh place in the World Justice Project’s Rule of Law Index. We went up one spot to 13th on the Human Development Index of life expectancy, education and income.

New Zealand also remained sixth best for internet affordability, availability, readiness and relevance, according to the Economist Intelligence Unit. And on the Global Innovation Index, we came in at 24th out of 132 economies – two spots better than last year.

On the other side of the ledger, New Zealand’s rankings fell in a variety of political, economic and health indices.

The Index for Economic Freedom, for instance, which covers everything from property rights to financial freedom, placed us fifth, three spots below last year. And we fell three places to 11th in the Reporters Without Borders Press Freedom Index.

New Zealanders, it seems, aren’t as happy as they were. We fell a place in the World Happiness Report to tenth-cheeriest place – although we’re still a bit happier than Australia. The Social Progress Index had us fall from 12th to 15th position, and we dropped 11 spots in the 2022 Global Competitiveness Report, down to 31.

A little surprisingly, New Zealand placed 41st on the Global Terrorism Index, apparently worse than Russia at 44. Although New Zealand recently reduced its terror threat level from medium to low, the 2021 supermarket attack in Auckland and the ongoing fallout from the Christchurch attacks will have affected our ranking.

Also maybe surprisingly, Bloomberg’s COVID resilience index, which ranks the “best and worst places to be as the world enters the next COVID phase”, placed New Zealand at 35. This was possibly due to the Omicron wave and increase in deaths since reopening borders, rather than a verdict on the country’s overall response.

And New Zealand continues to struggle environmentally, falling from 19th to 26th on the 2022  Yale Environmental Performance Index, which measures environmental health and ecosystem vitality.

Mixed news on the home front

On the other hand, inflation is rising. While lower than October’s OECD average, an annual rate of 7.2% is still high by recent standards. Related to this, and either good or bad news according to your perspective, annual average house price growth slowed to 5.5% in the year to June. Real prices are expected to drop considerably from their 2021 peak, however.

Those falls don’t necessarily make houses affordable for many people, although the stock of public housing continues to increase by over 500 dwellings each year to a recent total of 76,834. Even so, demand for social housing is still growing. Recent research suggests one in six New Zealanders have been homeless, and about 41,000 don’t have adequate access to housing.

New Zealand’s poverty rate compares poorly with other OECD countries, and child poverty remains a critical challenge. However, in the year to June 2021, the percentage of children living in poor households had declined since 2018.

At the other end of the scale, the wealthy continue to hold the lion’s share of assets. The top 10% of households hold about 50% of the nation’s total household net worth (the value of a household’s assets, such as real estate, retirement savings and shares, less its debts). Conversely, the lowest 20% hold just 1% of total household assets, but 11% of total liabilities.

In short, while New Zealand can claim some bragging rights in many important areas and is making modest progress in others, that’s far from the whole picture. Any progress we make should not be taken for granted.

The final verdict has to be: a good effort, but room for improvement.