Club members train hard during the season and compete in a multitude of regattas throughout the year, while also placing a large emphasis on club culture and social occasions.

The club had a long-term goal of becoming the number one university rowing club in New Zealand, which was achieved in 2018 when the UWRC won the University Rowing Championships in April at Karipiro, and was the first rowing club to beat the University of Otago who had won for the past 20 years.

Recruiting at Clubs Day, 10am - 2pm 9th March 2022 location TBC, or email the club to get more info before then!

As well as attending regular club regattas throughout the season, the University of Waikato Rowing Club members also have the opportunity to join Team Waikato and represent the University at two tertiary rowing events:

This annual one-day inter-tertiary regatta will put the University of Waikato against rivals Auckland University, AUT and Victoria University of Wellington on Saturday 17 August 2019. The event is held at home on the Waikato River, meaning students must navigate the river’s currents in order to finish the fastest. The event caters for both novice and championship rowers, and the team with the most points at the end of the day takes home the historic Battle of the Bombays Shield.

You can register your interest by emailing: [email protected]

Battle of the Bombays Results 2019: 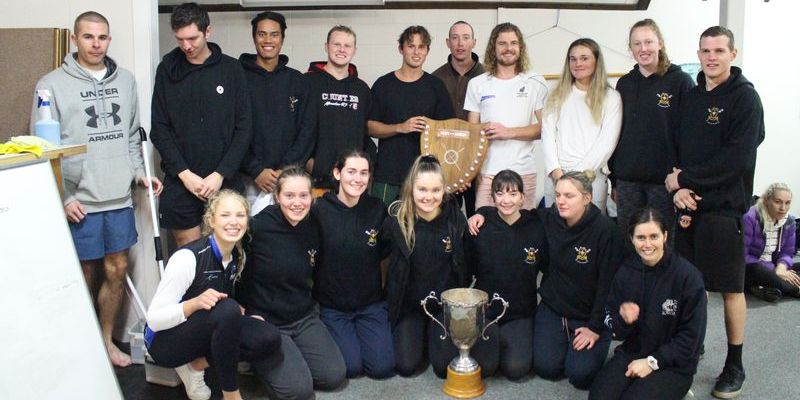 The University of Waikato works in partnership with Rowing New Zealand to support talented rowers. Find out how the University provides athlete support.