At the end of 6 months full-time equivalent enrolment, all doctoral candidates who have been enrolled conditionally, apply to reach confirmed enrolment.

This is an important milestone in the doctoral programme of study, and signals the end of the conditional enrolment period. The University of Waikato retains the right to terminate an enrolment where sufficient progress has not been achieved.

When the full research proposal has been completed, candidates are required to apply for confirmed enrolment using the Application for Confirmed Enrolment form. The form, along with the full research proposal and any supporting documents, such as ethics approval, is endorsed by the Chief Supervisor, the Chairperson of Department/Head of School and the Associate Dean (Postgraduate) before being passed to the Postgraduate Research Committee for approval.

The full research plan should contain:

It is the responsibility of the research supervisor(s) to advise candidates on ethical matters and to ensure that any necessary approvals are granted before the candidate embarks on their actual research.

At the confirmed enrolment presentation one of the following options will be recommended:

For candidates who first enrolled on or after 1 August 2017, if a full research proposal has not been submitted and approved within the first 9 months of full-time equivalent enrolment, then the candidate's enrolment in doctoral study will be terminated.

MPhil candidates do not have a period of conditional enrolment as their initial research proposal, which must include an ethics statement, forms the basis for approval to enrol in an MPhil degree.

EdD and SJD candidate's approval to enrol in Part 2 of the qualification (the thesis component) is dependent on:

All candidates applying for confirmed enrolment in a PhD or DMA or Part 2 of the EdD or SJD programme need to complete an Application for Confirmed Enrolment form.

Guide to Preparing a Full Research Proposal for Confirmed Enrolment 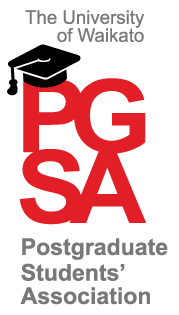