Am I a domestic or international student?

Citizens and residents of New Zealand (including Cook Islands, Niue and Tokelau) and Australia are recognised as domestic students at the University of Waikato.

If you are not a domestic student, please select the international option below to view content for international fee paying students. 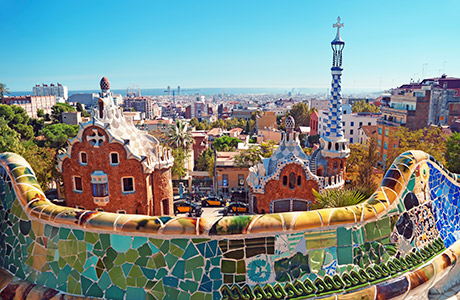 This is a graduate and postgraduate subject. At undergraduate (Bachelor's) level, the equivalent major is International Languages and Cultures (Spanish stream).

With more than 470 million native speakers worldwide, Spanish ranks as the world's number 2 language in terms of how many people speak it as their first language, according to Ethnologue. Knowing Spanish, the language of Miguel de Cervantes, opens the doors to a wide range of countries and cultures, especially in America. Its official status in more than 21 countries, spanning South, Central, and North America, as well as parts of Africa and Europe, its rapid expansion as a second language and its versatile role as a language of tourism, diplomacy, international businesses, popular culture, etc., make Spanish the most relevant world language today after English.

Besides being the official language of Spain, Equatorial Guinea and 20 more countries in Latin America, the US (52.6 million) has become the second largest Spanish speaking country in the world after Mexico (121 million). Spanish is also one of the most widely taught languages in the world - taught in the US, UK, Brazil, China and the Philippines - according to official statistics.

Study Spanish in these qualifications

Study Spanish as a specialisation of

New to Waikato? The International Excellence Scholarship is worth up to $10,000.

Visit our Scholarship Finder for information about possible scholarships

Spanish is available as a pathway within the International Languages and Cultures major or supporting subject for the BA, as a specialisation (set out below), and as a supporting subject within other undergraduate degrees, subject to academic approval of the Faculty or School of Studies in which the student is enrolled.

A specialisation in Spanish for the BA and BSocSc requires 60 points above 100 level in Spanish, which can be made up of SPAN231, SPAN232 and SPAN310.

The point of entry into the Spanish programme depends on previous experience. Those with no previous experience of Spanish take SPAN131 and SPAN132, followed by SPAN231 and SPAN232 in the second year. Students with some experience of Spanish (Year 11 or equivalent) will begin with SPAN132. Students with 14 credits at Level 3 in NCEA Spanish, or equivalent, will gain direct entry into SPAN231.