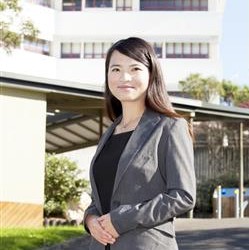 Yin Liu is riding high on life since completing her Master of Business and Management at Waikato.

Yin (also known as Lucia) is thrilled to be progressing her career at Comvita Food, a New Zealand health, food and beauty products manufacturer, while being based off-shore at the company's China office in Shenzhen, Guangdong.

“Comvita is quite a famous company in China now, because they’ve opened more than 400 shops in 30 cities over there, and lots of people want to buy their manuka honey for its healing properties," says Yin.

"China is a great market for New Zealand to export to. Because I’m a bilingual speaker, I can use my language skills to help Comvita achieve its strategic goals.”

Since first joining Comvita as an export coordinator, Yin has been promoted several times and is now employed as Comvita's cross-border e-commerce manager.

A former primary school teacher, Yin came to New Zealand with her husband on a working holiday in 2013.  The couple were both looking for a more relaxed lifestyle and a change of career. Yin wanted to pursue a new career in business.

Having heard about Waikato Management School’s excellent global reputation, she decided to enrol for the Master of Business and Management (MBM) degree, and was fortunate to be awarded an international scholarship.

"I didn’t have a clear picture of what the business world would be like, so it was like opening a new door for me, but I liked the idea of dealing with lots of different people and being able to solve problems.”

She found the MBM programme to be “very challenging” and lots of hard work – particularly the group assignments.

However, Yin says she really enjoyed her time at Waikato and would strongly recommend the MBM to other students. It has sharpened her ability to think critically and creatively, and equipped her with lots of ‘soft skills’ such as better communication and teamwork.

With the support of her lecturers and other staff, Yin was also successful in establishing her own small jewellery business, by applying the management theories she had learnt in class. Her first retail store was provided rent-free on the university campus through ULeisure’s Student Business Experiment scheme.

"After graduation we returned the store and transferred the business online. When you’re a small business, you don’t try to compete with the mainstream market; you have to identify your core competencies and appeal to a niche market."

"I’ve travelled to many parts of the world, so I know a lot of different styles of jewellery. Instead of selling the typical ‘bling’ metal jewellery that you see in New Zealand, we use different materials such as feathers, rope and turquoise,” she says. 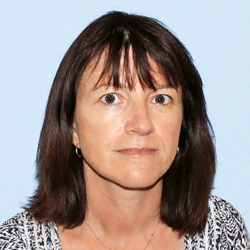