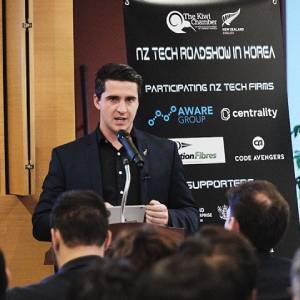 Brandon Hutcheson spends a lot of his waking hours thinking about the future of Information Technology (IT), its possibilities and application.

Brandon is CEO of the Aware Group, a company he co-founded in 2016 with Jourdan Templeton, another University of Waikato graduate.

People come to them for their extensive expertise in emerging technology; in robotics, artificial intelligence (AI), in the Internet of Things (IoT) – You may have seen their yellow robot dog out and about.

Brandon and Jourdan were both studying computer science at the University of Waikato at the same time, but never met during their study years. That came later when the pair found themselves both working on a project for Wintec.

And it was in the tertiary sector that Brandon got his break. “I found myself advising the tertiary sector on IT and business implementation, and a lot of what I was doing was urgent and involved fast turnarounds. Like getting online timetables up and running before students arrived on campus.”

For his work in the sector, Brandon won Microsoft Tertiary ICT Excellence Award. That was in 2016, and in 2018 with Aware up and running, he won the Deloitte rising star award.

About 60% of Aware staff are University of Waikato graduates. The head office is in Hamilton, always will be Brandon says, but staff are also based in Singapore and the USA, working with customers all over the world who now make up more than 60% of Aware’s business.

“We typically deal with companies that have a minimum of $50 million in revenue,” Brandon says. “Mostly large corporates, including Microsoft in the USA and Asia, Singapore Airlines, large Insurance, major banks and other organisations. We work with about 20% of New Zealand Government agencies, and the majority of our projects we can’t talk about.”

“It’s essential we stay ahead of the game, because if our customers are doing something we haven’t thought of, then we’re not doing our job properly, they won’t need us. Much of my job as CEO is out and about evangelizing what can be done. And while ours is a niche market, technology is changing all the time. We’re constantly having to pivot.”

Helping them stay ahead of the game is New Zealand Trade and Enterprise. Technology is one of NZTE’s key investment sectors and the Aware Group now sits within NZTE’s Focus 700 customers.

Brandon says university prepared him well for the job he’s doing now. Not so much the technical domain, though that was important at the time, but the fact university taught him how to learn, that it promoted self-learning and critical thinking. “And that’s such a valuable skill to have in an environment that requires me to be constantly learning.” 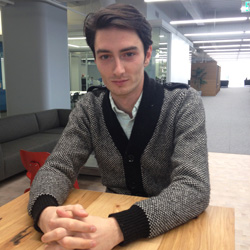 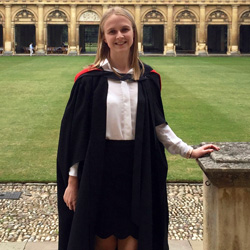