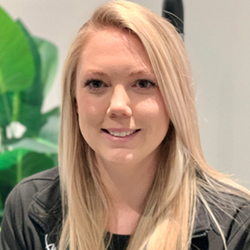 When Courtney Dick secured a role as the in-house lawyer for Rocket Lab, she quickly had to get up to speed on space law.

Courtney completed a conjoint degree in law and management at the University of Waikato (Bachelor of Laws and Bachelor of Management Studies) in 2012, majoring in law and economics.

“When I graduated, I had no idea what I wanted to do," she says. "I realised I didn’t want to work in a law firm straight away, so I packed my bag and went to the UK to learn some things about life.”

In London, Courtney secured a job as an in-house junior lawyer at NBC Universal Media, which was an unusual launching pad for a law graduate. Traditionally, most New Zealand law graduates get their first role in a law firm working for external clients.

This experience in the UK, coupled with in-house work at Mediaworks on her return to New Zealand, made Courtney the perfect choice to join Rocket Lab in 2019 as their in-house legal counsel.

“By going in-house, I have been able to utilise both my degrees. It’s nice to be part of the business process and strategic management and I work with multiple teams including finance, creative, procurement and strategic,” says Courtney.

There are some challenges working in the new terrain of space law.

“Most people understand the aviation industry, but aerospace is completely different. We are trying to understand and incorporate legislation to fit our business; even the liability aspect is really difficult to manoeuvre and get people comfortable with.”

Courtney says she finds the best way of dealing with challenges is to strip the problem back to basics and treat it like any normal business issue.

“I look at Rocket Lab as a manufacturing and engineering business at its core; everything up until the launch is a normal, but heavily engineered business. The launch is then regulated activity by the Federal Aviation Administration (FAA) and the risk is managed.”

When Courtney needs further guidance on uncharted space law questions, she leans on her colleagues in the USA branch for mentoring.

She has fond memories of her time at the University of Waikato.

“The main reason I chose Waikato was the campus; it was all encompassing and offered everything in one area. I could meet my friends for lunch who were doing other degrees."

"When I looked at where to study law, I found Waikato to be the best law school in that it was leading the way in diversity and Māori law and it offered everything I needed. Plus the highly accredited Bachelor of Management Studies was very attractive to me.”

Courtney also has high praise for her lecturers. “The lecturers were amazing and they could take topics like criminal law and jazz it up. They were so passionate about it.” 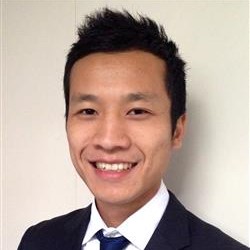 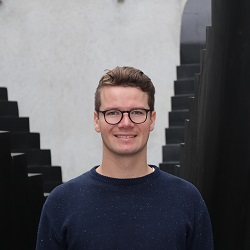