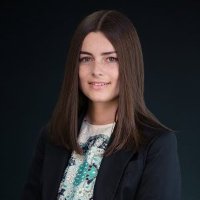 Courtney Stayte is an account director for award-winning PR firm Porter Novelli, based in Auckland.

The former Hamilton Girls High School student has a Bachelor of Communication Studies degree with Honours from the University of Waikato, graduating in 2013. During her studies she finished top in her class in two management communication papers.

Courtney says Waikato's communication degree is a must for anyone considering a career in PR. "The qualification relies heavily on putting theory into practice - a must for any PR practitioner."

Courtney began her PR career after university as an account executive at Haystac, a small agency in Auckland, and within a year she was promoted to account manager.

"I looked after a range of trans-Tasman clients across industries such as FCMG, travel and tourism, providing support for their products through writing media releases and monitoring coverage to ensure they shone in the media," says Courtney.

She moved across to award-winning firm Porter Novelli in 2015 and became a senior account manager. After honing her skills in Auckland for a few years, Courtney headed off overseas in 2018 to enjoy some overseas travel.

She found her next role in London, UK as a senior account manager at public relations firm Ketchum. There, Courtney worked on several major client accounts, including P&G Global Haircare (Herbal Essences), Essity and Danish footwear brand ECCO – to name a few.

“I worked on an influencer campaign for Olay - their first one ever - which involved coordinating around 40 social media influencers to launch the product and gain widespread awareness of the brand – that was really exciting.”

Courtney says influencer campaigns - where brands and organisations work with people who have highly engaged social media audiences to help distribute their messages - are the norm in PR campaigns these days.

"We vet them to make sure their followers are genuine, and we pick and choose carefully which ones are authentic and align with the values of the brand we’re working with.”

She returned home to New Zealand in 2020 and quickly landed on her feet by returning to her old stomping ground at Porter Novelli.

Courtney says she won't be leaving the fast-paced world of PR anytime soon. "I'd like to move more into strategy, working on high-level projects from start to finish. I'd also like to dabble in fashion PR, too." 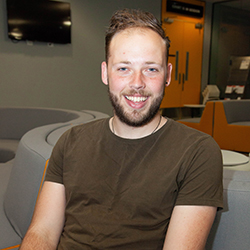 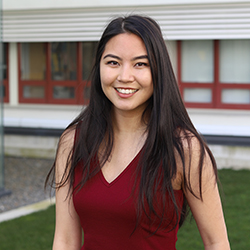 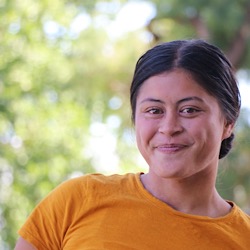