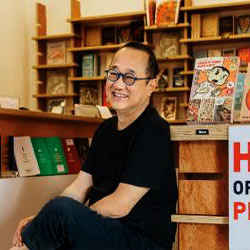 Singapore-based Edmund Wee's career has taken him from criminology to journalism to owning his own design agency, Epigram.

Edmund was named one of Singapore's 10 most influential people in the arts, and his edgy award-winning design work has revolutionised the humble annual report. His latest venture is publishing: his Epigram Books imprint has put out everything from children's books to contemporary plays.

And it all started at the University of Waikato.

"Fresh off the boat" is how Edmund likes to describe himself arriving in New Zealand in 1971 as a scholarship student under the Columbo Plan for developing countries within the British Commonwealth.  "I came from a simple, poor family and I'd never been overseas before," he says.  "The first suit I wore was for the flight to New Zealand.  I never wore it again."

Edmund had been assigned to begin his studies in psychology at New Zealand's newest university.  It was the 1970s, and the fledgling University of Waikato was fast becoming a centre for radical new ideas.  It was a huge culture shock for the new arrival.

"It was a real eye-opener for a young boy from a developing nation.  I was very strait-laced, and there were these students with bare feet, long hair and wearing only a singlet.  It was very, very informal and casual.  The whole culture showed me there was another world."

Edmund found the teaching style was quite unlike anything he'd ever experienced before.

"When I went to my first lecture with Professor James Ritchie he went on all fours on the desk to demonstrate how our very posture affected our perception of the world ('imagine being a dog').  He was the most inspiring person I'd ever come across in my life at that point, and confirmed for me that I'd picked the right subject to study."

The University's Psychology programme was founded in 1965 with Emeritus Professor James Ritchie as its sole staff member.  Staff were renowned for their independent thinking and creative approaches to the study of psychology, a trait that continues today in the vast range of subject areas offered.

Edmund threw away his suit and grew his hair long, and when the opportunity came, he joined a community which took in young people in need of a home.

Set up by a group including Charles Waldegrave, who is now an Anglican priest, psychologist and social policy campaigner, the community became known as the Anglesea St Commune.

"I met a range of people from the outer fringes of society," says Edmund, who ended up staying at the commune for three years.  "There were Hell's Angels, drug addicts, delinquents on probation - it was a real education."

James K. Baxter, poet, visionary and founder of the famous Jerusalem Commune near Whanganui, was a regular visitor to the commune.

During his time at Waikato, Edmund went by the nickname Siggy.  "The people at the Anglesea St Commune had given me the nickname after Sigmund Freud, a psychologist considered old-fashioned," he says.  "I think I must have looked very old-fashioned coming fresh from Singapore!"

Edmund managed to extend his scholarship at Waikato University for a fourth year to begin his Masters in sociology and psychology, but finally returned home where he completed his thesis on criminology.

After his New Zealand experience, re-entry to Singaporean society was, Edmund says, very difficult.  His long hair meant he was socially shunned, and he describes that first year back home as "mental torture".  He was also facing Singapore's compulsory three-year military service - or a jail term.

Ultimately he did go into the army, where after initial training he was posted to HQ as a military psychologist.  He had a stint as a government psychologist researching secret society members in prison, and then decided to make a complete career change, joining the main Singapore newspaper The Straits Times as a journalist.

Working at the newspaper sparked an interest in design, and Edmund ended up as a design editor, travelling widely to see how newspaper design around the world was changing.

"It was at the time of the launch of USA Today, which we called a 'McDonald's newspaper' because it had very short stories.  But there was a lot of emphasis on design, and I remember finding a story I had written for The Straits Times hidden away in some obscure corner of the newspaper and thinking there wasn't much point in writing if the newspaper was badly designed."

Edmund's next career move was to leave the newspaper industry and start his own design agency, Epigram, focusing on the usually unappreciated annual report.  In Epigram's hands, the annual report became a comic book, or a board game, or an airport novel or even an X-Box game - scooping a string of design awards along the way.

He's modest about his success.  "Coming up with creative ideas is not so difficult.  The most difficult part is persuading the client.  But you want to do something creative and challenging, otherwise life would be so boring!"

In keeping with his philosophy, Edmund decided to move into book publishing in 2011 with a vision of providing a platform for local creatives and championing Singaporean literature. Epigram Books currently publishes all manner of fiction — novels, short stories, plays, graphic novels, chapter books, picture books — and non-fiction books too.

In 2016 Edmund launched LocalBooks.sg, a one-stop online bookstore specialising in Singaporean titles. With more than 3,000 titles to date the team aspire to bring Singaporean titles to a wider audience, giving everyone a chance to grow with stories from home.

A voracious reader, he says he'd be a novelist himself if he could.  "I have a lot of plots, but I have to be realistic - I just don't have the language." 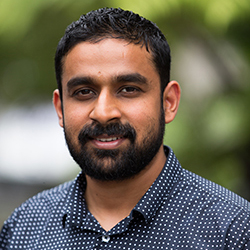 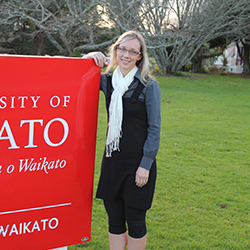 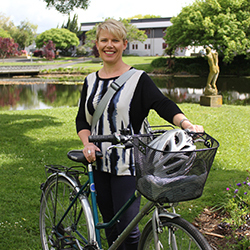