Growing up in a house with no siblings, Jenna Hudson was a self-proclaimed drama queen and attention seeker. “I had to make my own entertainment so I would create my own radio stations with different voices by recording songs onto cassettes and recording voice overs to introduce them.”

Performing since the age of five, her decision to enrol in a Bachelor of Arts at Waikato was a logical and easy one.

As an actress for local theatre company Fullhouse, Jenna has progressed from stage actress to producer, marketer, stage manager and director. “I have performed in every show I have been a part of, but tend to take on a technical role as well to really push myself.”

Jenna’s role at Sport Waikato sees her facilitating the running of the building, managing fleet vehicles and procurement, and ensuring staff are equipped with the resources they need.

Her career aspiration is to tour the country with an educational play for youth. “I truly believe that live performance can have such a powerful impact on the minds of young people in getting messages across that are clear and easy to absorb.”

On studying here, Jenna says Waikato University has a culture that no other University has. “You find whānau and you keep that whānau. The environment around campus reminds you that you are situated in the heartland of Aotearoa and that is where your memories of studying at will remain.” 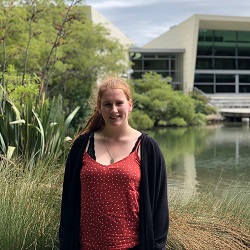 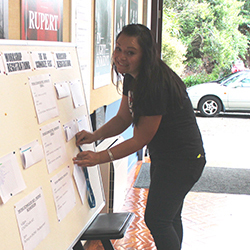