When he’s not focused on the financial markets, Matthew Osborne is soaking up the sunshine and enjoying the waves on Sydney’s northern beaches.

The Waikato Management School graduate works for the financial markets team at Westpac Institutional Bank, where he deals with a wide range of commercial, corporate and institutional clients. His role is to act as a subject expert in the pricing, execution and management of foreign exchange (FX) derivatives.

“I really enjoy the financial markets environment because it’s fast-paced, dynamic and challenging, with global markets reacting to news and events around the world,” says Matthew.

“No two days are the same. Often something significant to the markets has happened overnight, which keeps me on my toes. I also enjoy working with participants across the market and clients across all segments, as you constantly get to see the economy through many different perspectives.”

Matthew grew up in Hamilton and attended Hamilton Boys’ High School, where he excelled in both economics and accounting.

After getting some advice at a Waikato University open day, he was set on studying Economics as part of the Bachelor of Management Studies with Honours degree, because it has such broad applications. “Waikato’s business school is very well respected, which appealed to me. In second year I added a Finance major, as it’s so complementary to economics, especially in the context of global financial markets.”

Matthew says his BMS(Hons) degree has helped him with his career in two key ways:

“The economic theory - primarily macroeconomics - covered throughout my degree has been useful in the interpretation of economic trends and data, and how this can impact on world financial markets.”

“My management degree also developed my analytical and communication skills, which has really helped me to analyse, interpret and communicate ideas to various members of our internal and external client base.”

For Matthew, being part of the winning team in the finals of the Waikato Management School business case competition in 2009 was a highlight of his degree. Graduating with First Class Honours was another.

Not surprisingly, he was quickly offered a graduate role at Westpac Bank in Auckland, where he developed a robust understanding of the financial markets, including foreign exchange, interest rates, carbon, commodity and money markets. He was promoted to associate after seven months, and then promoted again after a year.

Matthew has some sound advice for those considering university study:

“The job market after study is extremely competitive. Differentiating yourself from others is crucial, whether it’s learning a language, volunteering in a community group, having the best grades in class, or taking a subject that opens up another career option for you.”

“On a less serious note, don't forget to have fun; take all the opportunities thrown your way. Being a student is an amazing time of your life and it will fly by before you know it.” 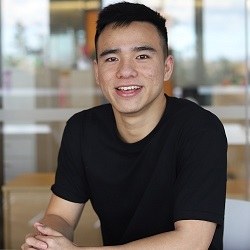