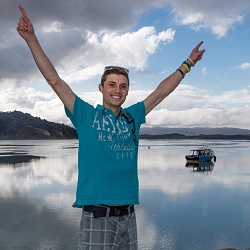 “Hearing about Waikato’s reputation for excellence in the Faculty of Science and Engineering from friends who had previously studied abroad at Waikato made me decide to take the plunge. I chose New Zealand over Australia as my study abroad location, since the country was too beautiful not to go.”

Nick Irick, a chemistry major at Lebanon Valley College in Pennsylvania, decided to study abroad at Waikato in the first half of 2016. When he first arrived, he felt nervous and homesick, but this quickly changed as he made friends and was welcomed into the university community. “My most memorable experience at Waikato was hanging out with my flatmates and becoming closer with them. To this day, I see my flatmates, other international students and even the international staff as lifelong friends. Another awesome memory I have is taking over the Waikato Snapchat on International Day.”

Nick was surprised by the cultural similarities between New Zealand and America, but was also fascinated by the differences. “There is a definite American influence, but the New Zealand culture was much more relaxed and welcoming than many parts of the USA. I also saw how much of an international influence flourished through the country.”

Nick and his friends made the most of their time here, embarking on a two week adventure around the South Island. “Two of my friends from my home uni and I started off in Christchurch with some delicious wine, eventually making our way down to the beautiful Lake Tekapo. We concluded our trip in Queenstown where we saw the awe-inspiring Milford Sound and even managed to squeeze in a quick trip to the Franz-Josef Glacier. We even braved the Nevis bungee jump while we were there!”

“The world is not so big anymore and it is filled with amazing people who are so different from me. All the strangers I met on my travels were so down to earth. We were vastly different with amazing experiences, but at our core we were the same.” 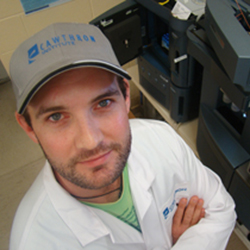 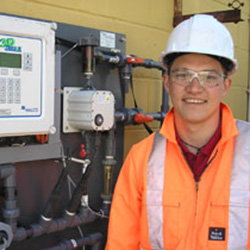