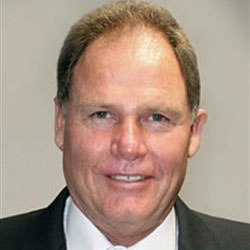 The driving force behind Tauranga’s first tower block and a string of other successful hotel and retail developments, Paul Bowker has experience, vision and determination in bucketfuls.

Paul is former president of the Tauranga Chamber of Commerce, former chairman of Tourism Bay of Plenty, and was also involved with the CBD steering group that was responsible for the blueprint for the revitalisation of Tauranga’s city centre.

Despite his impressive list of business credentials, Paul had always wanted to complete an MBA, and he says the Waikato MBA has delivered everything he’d expected – and more.

Paul started off studying part-time at the University of Waikato’s Tauranga campus, and then completed the final MBA requirement in Hamilton. He found a lot had changed since he was last at university in the 1970s.

“The Waikato lecturers were approachable, there was mutual respect and it was a lot of fun,” he says. “And networks as well as the lasting friendships I’ve formed are an added bonus.”

The experience has transformed his business thinking.

“I’ve made a fair few seat-of-the-pants decisions in my time, but I’ve now got a lot more confidence in my thinking. Thanks to the MBA, I know I can back up the sometimes audacious decisions I make.”

Paul now plans to offer his services as an independent director and he’s not ruling out more study. “I find the mental stimulation rewarding and enjoyable,” he says. “On top of that, the positive outcomes from learning -- both in business and personally -- are just too valuable to ignore.” 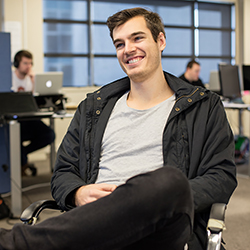