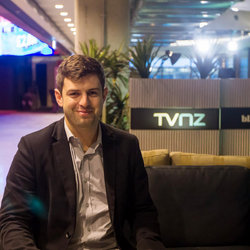 There is never a dull moment in the life of a journalist and "that's the beauty of it", says Sam, who credits his career success to his Bachelor of Arts degree from Waikato.

"Without my degree, I wouldn't have the job I do today. The career opportunities I have been lucky enough to have, in a cut throat and extremely competitive industry, are a direct result of my studies."

Sam went to high school in Auckland and chose to study at Waikato after a visit to the campus.

"The campus was stunning. I also wanted to experience living in a halls of residence and the Screen and Media courses on offer at Waikato were some of the best in the country. I was also lucky enough to be awarded the University's School Leavers Scholarship."

Sam cherishes the many opportunities given to him during his time at Waikato including making short films, and having his own column in the University's magazine, Nexus. "The relationships you form with the alumni and staff at Waikato become incredibly important, particularly for a journalist, in both career and in personal life. I remain in almost daily contact with the people I met during my years there and have often called on the expertise of the staff to comment on current events."

"My degree definitely helped spark my passion for writing, while the subjects I chose all allowed me to develop my skills for writing fact and quote based stories. One of the factors which helped me secure my first role after graduating was how impressed my employer was with my broad knowledge of politics, a result of the combination of papers I chose to study."

- Work at 1 News, Hawke’s Bay Today and the New Zealand Herald.
- Covering some of New Zealand’s biggest news stories including elections, high-profile court cases, the impact of COVID-19, and the 2016 USA presidential election while based in America.
- Junior reporter of the year at the Regional Media Awards 2015.
- Templeton Scholar2016 (awarded by the parliamentary press gallery to an up-and-coming journalist).
- Finalist for best news story of the year at the Voyager Media Awards 2019.
- Finalist at the NZ Shareholders Association Business Journalism Awards 2021 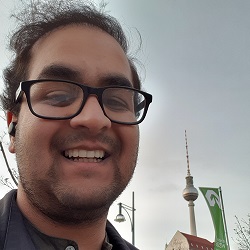 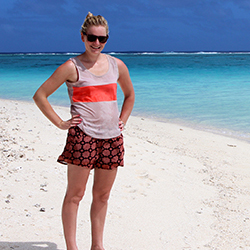 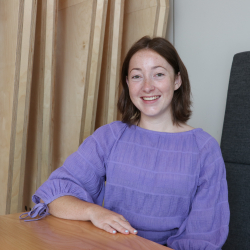