Sarah Martin has taken an unconventional journey in becoming one of the foremost hip hop advocates in the Bay of Plenty.

The former Otumoetai College student was on a Year 13 Rotary exchange to Paris when mum Sharon enrolled her in a conjoint Bachelor of Sport and Leisure Studies (now the Bachelor of Health, Sport and Human Performance) with Secondary Teaching at the University of Waikato. “Sarah had all the skills to be a great teacher,” says Sharon. “By the end of her first week at primary school she was coordinating the school assembly.”

Waikato was a good fit for sports-mad Sarah who had trained in both classical ballet and jazz, competed at national level in surf lifesaving and swimming and was a keen netballer. She found the conjoint degree fulfilled her love of sport and harnessed her natural organisational skills. After graduating she went on to a job at South Auckland’s largest decile one school, Otahuhu College.

During her first year teaching she found herself drawn to the drama department and its shiny, new facility complete with dance studio, starting up her own class. She admits jazz was, perhaps, an unusual choice of genre for a school with a 99% Pacific Island and Maori mix, but the kids embraced it, worked hard and enjoyed themselves. Until the day they approached their teacher and said “Actually Miss, we’d rather do hip hop.” Sarah recalls the moment, laughing. “It was like ‘enough of the jazz hands’. I admitted I had no experience in hip hop but suggested we learn together.”

Moving back to the Bay after four years at Otahuhu College was the impetus for her to take what she’d learnt to create opportunities for kids in her home town, getting young people positively engaged and focused using ‘dance as the vehicle’.

Her efforts have won praise from many in the New Zealand hip hop scene, including Identity Dance Company’s Josh Cesan.

“Sarah has had a HUGE influence on hip hop dance developing in the Waikato/BOP area. She has been consistently and selflessly putting her time and energy into talented kids that have grown up to love dance, many of them achieving amazing feats such as going to world championships.”

Tauranga’s De Visu crew, made up of dancers aged 13 – 19, are her latest protégés. They’ve won national awards, and have recently come back from representing New Zealand at the United Dance Organisation World Street Dance Champs in Scotland, where they qualified for the finals. Several crew members are part of the Urban Youth Dance Trust’s tutor programme, and recently coached three local school teams, Mount Intermediate, Omokoroa Number 1 School and Te Puke Intermediate, for the hip hop section of the AIMS Games. Sarah’s crew and their teams drew big crowds at the Games with their hugely popular high energy routines.

But there’s no rest for the wicked, and these kids are wicked at hip hop. So Sarah and her dancers are now preparing for their annual show held at Baycourt in December.

“The kids motivate me. I do what I do because I truly know that a kid will walk in my door and their life will not be the same again. For whatever reason, whatever background they come from I know that I have something to offer them. They’re in a good place.” 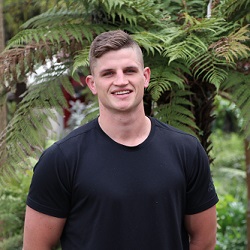