Born and brought-up in New Delhi, with a population that’s six times that of New Zealand, Shivoy Dudeja wanted to study abroad in a country that was less populated and more peaceful.

“My dad has contacts in Canada, USA, UK and Australia so I could have gone to study in any of those countries but, after doing some online research, I chose New Zealand,” says Shivoy.

Being good with numbers, he was looking for a university that had a great reputation in business studies. He applied for the top three in New Zealand and chose the University of Waikato because of the ranking of the Waikato Management School.

“The smaller class sizes attracted me to Waikato. I get more time with my lecturers, which enhances my learning. All my lecturers know me by name and are always happy to help and answer questions.”

Shivoy chose to study at the brand new Tauranga campus. He believes the support services have been invaluable during his first year of study and appreciates the student learning advisors who help with assignment advice, proofreading and referencing.

Being a social person, Shivoy has immersed himself in university life. He’s been a class representative for several of his papers, plays social volleyball and loves a good party.

“The Waikato Students’ Union works hard to bring more events to the Tauranga campus. I attended the first ever student Ball held here and won a prize for best dressed. I look forward to more events like that in the future,” he says.

It’s safe to say Shivoy believes he made a great choice by studying in the Bay of Plenty.

“I love it here and consider the place to be my second home. I have a part-time job as a pizza delivery driver so now I know the traffic and streets of Tauranga better than my hometown in India!”

When he’s not working or studying, Shivoy hits the gym or sharpens his snooker skills at a local bar in the city with his university friends.

“I also love going to Mount Maunganui and enjoy walking up the mountain. It’s beautiful up there, especially at night.”

Along with checking out the local sights, Shivoy has explored a bit of New Zealand too. With Tauranga just over two hours’ drive from Auckland, he’s visited the ‘big’ city several times. Travelling to the South Island was a highlight – he visited Christchurch, Queenstown and the “most amazing place ever”, Milford Sound.

Eventually, Shivoy wants to go on to postgraduate study and get a Master of Applied Finance but first he’s keen to get some work experience. He’s excited about an upcoming Work-Integrated Learning (WIL) paper at the Life A Plenty Charitable Trust where he’ll create a funding model for the organisation.

Shivoy’s top tip to other international students coming to study at the University of Waikato is to be open-minded, approachable and get involved in campus life.

“It’s not hard to make friends here so put yourself out there!”

We are pleased to share, that since the publication of this story, Shivoy has accepted a part-time role working for Bank of New Zealand (BNZ) which he is completing alongside his studies at Waikato. 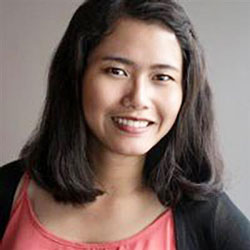