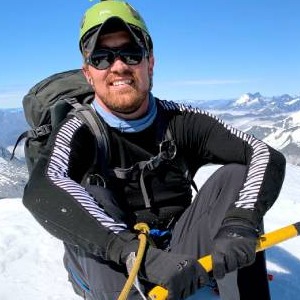 Students, listen up. Here’s some valuable employment advice from a former Trade Me executive and successful tech entrepreneur – get yourself a professional email address before you apply for your first job after university.

Take it from Computing and Mathematical Sciences alumnus Trent Mankelow, who still gets ribbed occasionally from his former lecturer for the ‘Nasty McFly’ address he adopted when he left University.

Still, Trent managed to go on and do quite well for himself – but back to that in a moment.

Over the hill to uni

It was 1996 and Trent, a Bay of Plenty boy, wanted to move as far away from home as possible to go to university. Unfortunately for him, the best degree for what he wanted to do - computer science - was just over the Kaimai Ranges at the University of Waikato.

To Waikato it was, where Trent found the whole university experience better than he thought.

“I loved everything about university – the whole experience was awesome,” he says. “The campus, my classes, the halls of residence – I made some great mates there, a couple of them I still keep in touch with now.”

After studying software engineering and graduating with first class honours in 2000, Trent worked as a freelance software engineer for a few years, before moving to his “sweet spot” – UX, or user experience.

He and a couple of mates co-founded UX firm Optimal Experience in 2003, growing it to become one of Australasia’s most successful UX firms before selling it to PwC in 2014. There, they helped some of the country’s biggest brands with customer user experience, including Dell, Air New Zealand, ACC and Te Papa. He also provided overall leadership and strategic direction for the business, including staff and culture development, and new business development.

So far, so removed from traditional ‘software engineering’, right?

No so, according to Trent. “With what I learnt at university, I had the right ‘tech DNA’, which is invaluable when you’re talking to clients about their UX needs and what they need from a tech perspective to give their customers a great experience.”

While Trent says he wasn’t “born to code” like a lot of other developers, he found great inspiration in the fourth year Human-Computer Interaction paper, and realised he could put his interests in what makes humans tick, but through a tech lens, into a great career.

“It wasn’t until I was at uni that I learned UX even existed, and that really appealed to me so I just went with it, and made up the rest as I went along.,” says Trent.

Along came Trade Me

Making it up as he went along went pretty well for Trent. With years of successful consulting, change management and user behaviour research under his belt, it wasn’t long before Trade Me came calling.

Then-CEO Jon Macdonald invited Trent to lunch and asked him if he’d be Trade Me’s first ever Chief Product Officer, as the organisation was seeking to streamline its offerings and enhance customers’ experiences with the platform.

Trent led Trade Me’s product management team through a successful reboot, improving the team’s overall performance and measurement capabilities, and worked in a governance capacity helping to set yearly strategies and budget. He later moved into the Chief Customer Officer role, looking after a team of 127 with responsibility for customer support, marketing, communications, and UX.

He says jobs in tech today aren’t just about having all the book know-how, but are just as much about having great inter-personal skills and giving things a good hard go – something he talks about every day with students in his current role as CEO of Summer of Tech, New Zealand’s largest IT internship programme.

“And that’s where I say to students – get yourself a professional email address! But we also know the single most important thing employers want in a graduate is in their core skills – are they flexible, can they work in a team, how do they relate to their colleagues, are they asking questions?

“Nothing meaningful in tech comes about on your own – all the great developments and improvements are a direct result of collaboration, and that’s crucial to not only tech jobs, but jobs in general.” 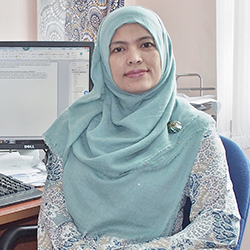 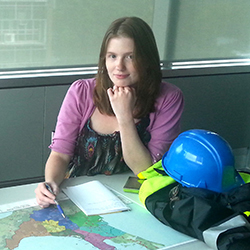