Key regional agencies such as Priority One, SmartGrowth and Tauranga City Council worked actively with the Bay of Plenty Tertiary Education Partnership to ensure a University-led campus was established in the Tauranga CBD.

Tauranga City Council agreed in 2012 in principle to provide land in Durham St for the new campus. The site was a car park but by 2019 was transformed into the new campus.

The Bay of Plenty Regional Council made a decision in August 2013 that it would provide conditional funding of $15 million from its Regional Infrastructure Fund.

Then in July 2014, the Tauranga Energy Consumer Trust agreed to fund $15 million to ensure the expansion of tertiary education in their region.

Formal signing of the Heads of Agreement for the campus development

These three funders signed a Heads of Agreement for the project with the University of Waikato as the legal entity on behalf of the partnership in May 2015. The Heads of Agreement includes all conditions of funding and milestone requirements for the project. The three funders also established the Tauranga Tertiary Campus Charitable Trust that holds the assets being provided on behalf of the region. 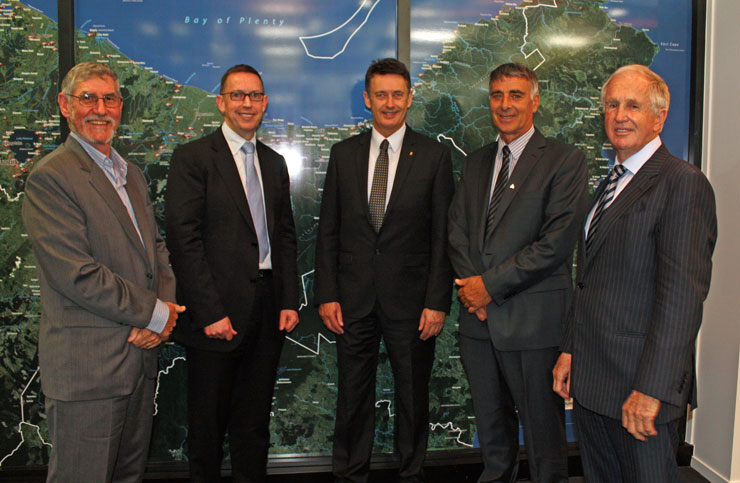 The campus was designed to provide a high-tech University environment with flexible, innovative space for teaching and learning, and collaborations with local and regional industries and businesses. It provides a dynamic exciting environment for students from all levels and backgrounds and will be an integral part of the regional infrastructure.