What does it mean to link your ideas?

Cohesion refers to the specific ways in which writers guide readers through a piece of writing. Cohesion techniques include choosing certain words and constructing sentences that stick together.

Make Word Choice Cohesive: There are FOUR specific ways you can choose to achieve cohesion in a piece of writing: Word Repetition, Synonyms, Pronouns, and Determiners.

Word Repetition: This method includes both exact repetition and the use of different grammatical forms of the same key word.

Synonyms for Key Words and Phrases: Writers sometimes will try to avoid overusing repetition by substituting close synonyms, words or phrases that mean about the same thing.

Pronouns: Writers will use pronouns of various types to refer to the noun or noun phrases elsewhere in the text. Like using synonyms, this is a way to maintain connections between ideas without repeating the same noun phrase.

Determiners: Like pronouns, determiners refer to a specific noun phrase in the text. These words are often articles but are sometimes “limiting adjectives” 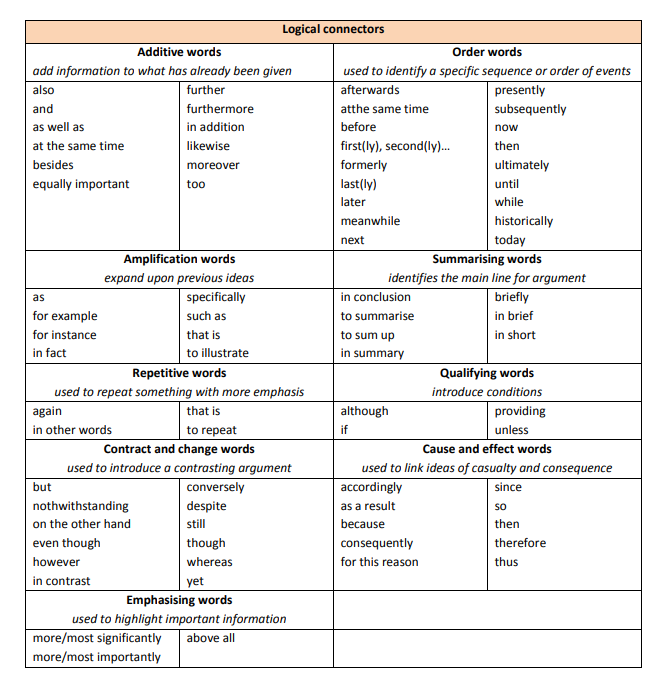 If you want to make information clear to your reader, it is often useful to use the following structure:

The following resources are useful guides for your assignment writing: