In conjunction with Anglican Action New Zealand. Intercultural Relations in New Zealand in the time of the pandemic

2019 Symposium on Faith and Society: Living harmoniously in a diverse society

Conference - Islam and its Relations with Others

Waikato Islamic Studies Conference
Islam and its Relations with Others 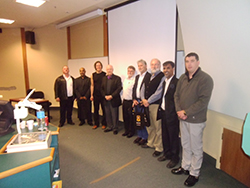 The Islamic Studies Group invited members of the University and general public to a
one-day symposium, which featured academic speakers and student research reports
from the Universities of Auckland, Massey, Otago, Victoria and Waikato. 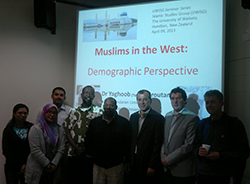