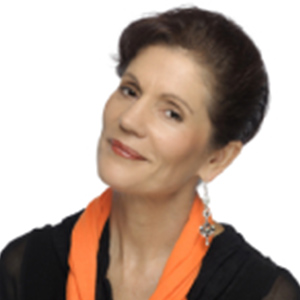 Recognised as a leading performer, teacher, musical director and examiner at all levels in NZ and internationally, Gina’s comprehensive background and advanced training in languages, musicology, musicianship, stage & theatre and vocal pedagogy afford a multi-faceted approach to her teaching.

She was the first NZ musician to be awarded a Rotary International Graduate Scholarship, and after several years of periods of study in Germany, the UK and USA she continues to teach and perform internationally having completed 15 international tours since 2003, with engagements in the UK, Europe, Asia and the Pacific. She has over 60 opera and oratorio roles in her repertoire, and has appeared as a soloist with every major choral society, orchestra and opera company in NZ, in addition to being a RNZ Concert FM artist. Reflecting her passion for education, while pursuing her very busy performing career, she has been a longstanding active member of NEWZATS(executive) and IRMT(NZ).

Gina became a Teaching Fellow at the University of Waikato Conservatorium of Music in 2018, after examining there for several years. She continues to examine for the New Zealand Music Examination Board. She has directed several award-winning choirs, including The Valley Voices, choirs at King’s College and currently directs the Auckland Girls’ Choir. Ginais the Patron of the South Auckland Performing Arts Competition Society, founder and Chair of the Clevedon Valley Music Foundation Trust, a Director of Music at Clevedon Presbyterian, and in 2019, was awarded a Local Heroes Medal at the Kiwibank New Zealander of the Year in Auckland for her services to the arts and the community.