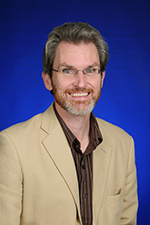 Colm McKeogh has a PhD in political science from Trinity College, Dublin, and an M.Sc. (Econ.) in strategic studies from the University of Aberystwyth, Wales. He has been teaching philosophers and religions to students of politics at the University of Waikato for twenty years. His research in the area of 'just war' and pacifism looks at the application of fundamental moral and political values to the issue of the use of force and also at the source and standing of the values themselves. So far, he has studied the attitudes to political violence of the Christian thinkers Hugo Grotius, Leo Tolstoy and Reinhold Niebuhr.

This will be the prescribed text for POLSC300-NET Religion and Political Violence. The work introduces students to the writings on political violence of great thinkers in the Christian tradition, including St Augustine, St Thomas Aquinas, Martin Luther and John Calvin.

There are no University of Waikato phonebook details available. You could try browsing the Phonebook or the Waikato web search page