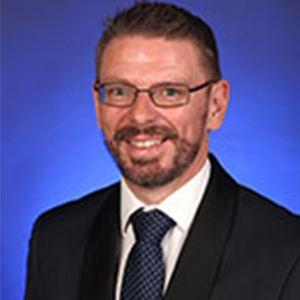 Francis Cowan studied piano with Ruby Campbell and then Judith Clark at Victoria University. Following completion of his degree in Piano Performance he trained at Wellington Teachers College where he continued to major in music.

Francis was appointed Director of Music at St Mark's Church School in 1989. At St Mark's he focused on developing the music programme into a fun and positive outlet for creativity in the academic tradition of the school's curriculum.

He accompanied local choirs in such works as Britten's St Nicolas Cantata, Mendelssohn’s Elijah, and the Berlioz Requiem. Francis was also on the committee of the Royal School of Church Music and tutored at the Annual May Residential Choir School. He founded the Capital Boys' Choir. In 1993 they toured New South Wales gaining a standing ovation from an audience of over 1500 at St Mary's Cathedral in Sydney.

In 1994 Francis moved to Hamilton inspired by the respected tradition of music at Southwell School. At Southwell he trained the Boys' Choir to international standards and devoted himself to achieving the highest possible level in all aspects of the annual Opera. This included designing and painting the sets and overseeing the artistic direction. Francis was invited to become the accompanist for the Hamilton Civic Choir in 1994 and accompanied for competitions, exams and recitals.

In 2009 Francis was appointed Director of Music at St Paul's Collegiate School expanding his teaching experience into senior Cambridge and NCEA classes.

Following two years splitting time between St Paul's Collegiate as Director of Vocal Performance and Norah Howell Fellow Piano Accompanist for the University of Waikato Francis was appointed as full time Head of Collaborative Piano at the University in 2015. he has enjoyed the busy schedule of coaching and accompaniment for voice and instrumental students. In 2021 he rejoined the team of pianists for the New Zealand Opera School.