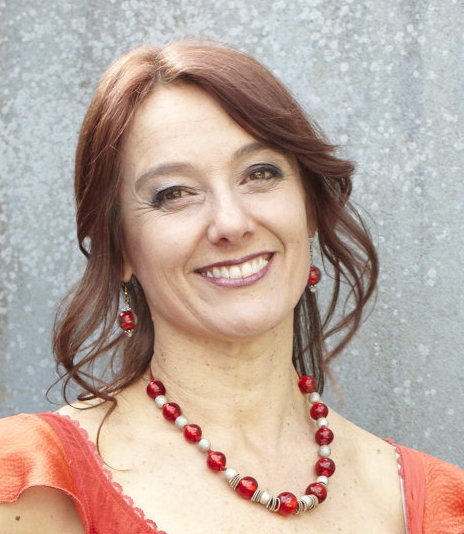 Head of Piano Studies for the University of Waikato Conservatorium of Music, Katherine Austin is one of New Zealand’s leading pianists and performs regularly around NZ and overseas, touring frequently for Chamber Music New Zealand, and broadcasting regularly on Radio New Zealand Concert.

A founding member of the Ogen Trio and the Kandinsky Ensemble, since 1995 Katherine has performed regularly with leading NZ/USA cellist James Tennant, as the Tennant-Austin Duo, throughout New Zealand and in Europe and the USA. Her work with the NewZealand Chamber Soloists now occupies a large portion of her performing and concert life, with regular tours to Europe, UK, Asia, North and South America, and Australia, and invitations to give master-classes in such institutions as the Yong Siew Toh Academy of Music (Singapore), the Shanghai Conservatory of Music, the Yehudi Menuhin School (UK), the Australian National Academy of Music (ANAM), Monash University (Melbourne) and the Vicenza Conservatory of Music (Italy). Many works have been commissioned for the NZ Chamber Soloists from New Zealand’s leading composers. CDs include Corybas –the complete chamber works of John Psathas for piano with strings (3 of the 5 works were written for Katherine Austin and her musical partners); Ahi - with works by NZ composers Farr, Lodge, Williams, Griffiths and Psathas; and Elegy–moving elegiac piano trios by Rachmaninov, Babajanian and Shostakovich, which received international acclaim. Katherine Austin has also released 2 CDs on the Atoll label , one with great Russian Sonatas for Cello and Piano, the other “Diable Vert”, performing virtuoso and romantic  duo works, with international cello sensation Santiago Canon Valencia, also to critical acclaim.

Her newest chamber collaboration, begun in 2015, is the Trans-Tasman Piano Duo with renowned Melbourne-based pianist Glenn Riddle (concert tours in NZ and Australia in 2016 and 2018).

Austin graduated Master of Music with First Class Honours in Piano Performance from Auckland University, where her teachers were Janetta McStay and Bryan Sayer. In 1982 she won both the NZ Young Performer of the Year (PACANZ) and the TVNZ/NZSO New Zealand Young Musician of the Year,  playing Schumann’s PianoConcerto with the NZSO. Seven years of study and performance in London and Europe followed, included a full scholarship to the Royal College of Music London, to study with renowned Russian pianist and teacher Irina Zaritskaya, as well as postgraduate studies at the Guildhall School of Music and Drama. In 1987, Austin won the Top Duo Prize in the Stresa International Chamber Music Competition in Italy, performing with cellist Vincenzo Giuliani.

Austin has performed Romantic piano concerto repertoire with the New Zealand Symphony Orchestra and the Auckland Philharmonic Orchestra and has been guest on a number of occasions as concerto soloist with the Auckland Chamber Orchestra and Opus Orchestra, specialising in the concertos of Mozart and Beethoven. She is also the coordinator behind the Gallagher Academy of Performing Arts’successful ongoing concert series and the producer for the numerous University of Waikato Conservatorium of Music concerts in the central North Island, New Zealand.

From their piano studies at the University of Waikato, Katherine Austin’s students have excelled, winning scholarships to study in Germany, Vienna, London, and at the Australian National Academy of Music; “Most Promising Pianist” at the Kerikeri International Piano Competition; “Student Artist in Residence” at the Hindemith Foundation “Semaine de Piano” Summer Piano Festival in Blonnay, Switzerland; first place in the National Concerto Competition in Christchurch (2013); first place in the ROSL International Chamber Music Scholarship Competition (2010 and 2014) and finalists in the Wallace National Piano Competition (2016 and 2017) as well as winning numerous regional prizes including the Auckland Concerto Competition and Sonata classes. Her piano students have won the University Concerto Competition (open to all instrumentalists) 4 out of the 8 years the competition has been running, taking up a first prize of touring the central North Island (3 full concerto performances) as concerto soloist with Opus Orchestra.

Katherine Austin’s personal belief that music is a “living art” inspires all her performing and teaching.

"..[Katherine Austin] is mercurial, alert and a supreme colourist.. I'd put her among the top six pianists in the country and almost unrivalled as a chamber ensemble pianist" Ian Dando, The Listener

"Katherine Austin...possesses a musical gift given to few" The Listener

"Her charismatic temperament, underpinned by technical neatness, gives her that x-factor of a true soloist" The Christchurch Star

"...Mozart's concerto K456, with soloist Katherine Austin wrapping up every note with elegant high spirits and positively lighting up the music. Thanks to her natural understanding of Mozart's light and shade, his sudden turns into unexpected keys, and his unashamedly operatic verve, she ignited the musicians behind her into a crackling performance that ..would have impressed Mozart himself with its gleeful abandon", The NZ Herald

"Katherine Austin played with clarity, wit and style...impressing with the sheer musicality of her playing. ...She possesses that rare gift of being able to marry weight and drama with lightness and clarity" The Dominion

"Katherine Austin is a superb communicator of music and undoubtedly ranks at the forefront of New Zealand pianists" The Daily Post, Rotorua.