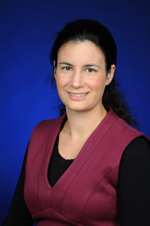 Lara is Lecturer in Violin and Viola at the Conservatorium of Music and Director of Accelerando, the University of Waikato Junior Music Academy.

Lara has been prominent in the New Zealand music scene from a young age, performing when she was a teenager as a soloist with numerous orchestras including the Christchurch Symphony, St Matthews Chamber Orchestra and the Auckland Philharmonia Orchestra, and appearing at festivals such as the Adam New Zealand Festival of Chamber Music and the Auckland International Chamber Music Festival.

Lara completed her BMus at the University of Auckland, and during that time spent a summer in the Dorothy Delay studio at the Aspen Summer School.  She went on to gain her Masters and Doctorate in violin performance at the University of Michigan, studying with Paul Kantor and Yehonatan Berick.and taught as a Graduate Student Instructor. At the same time she was also a faculty member for the pre-University programme Young Strings. She performed for some renowned musicians, most notably the virtuoso violinist Ruggiero Ricci, from whom she received high praise.

On completing her studies Lara toured the US in the Phoenix Trio and the chamber music ensemble Camerata Nordica.. She returns periodically to the US to perform, most recently in February 2008.