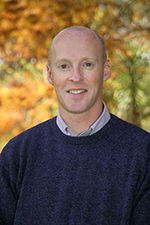 Dr Rolls has an MA in Defence and Security Analysis from Lancaster University and a PhD in South-East Asian Studies from the University of Hull. He has held posts at the Institute of Southeast Asian Studies in Singapore and in the Department of International Politics, University of Wales, Aberystwyth, where he was the Swan Hunter International Fellow in South-East Asian Studies. Dr Rolls is the co-editor of Post-Cold War Security Issues in the Asia-Pacific Region (Frank Cass, 1994, 2000) and the author of The Arms Dynamic in South East Asia during the Second Cold War (Ashgate, 2002). He contributed the chapter on East Asia to New Zealand in World Affairs IV 1990-2005 and is currently working on a book on New Zealand's relations with South Asia.  Dr Rolls is a regular participant for New Zealand in the Track II process of political, economic and security dialogue in the Asia-Pacific region and has been a Non-Government delegate to several Shangri-La Dialogues (most recently in 2015).

International Relations and Security Studies with a focus on Asia-related topics. These include arms procurement and military competition in East Asia; ASEAN and the emerging regional security architecture; New Zealand's relations with East and South Asia; and Non-Traditional Security issues including maritime security and HADR