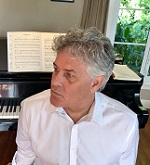 He was recently invited to compose a piece for violin and piano for the prestigious Tchaikovsky festival in St Petersburg as a special guest composer, with the premier scheduled for November 2020.

Recent premiers and commissions include a new piece Equinox for the New Zealand Guitar Quartet; a set of piano pieces Arteria Meridionale for acclaimed Italian pianist Alessandro Vena to be premiered in New York in April 2020; his 2019 piece Nga Wha Moana for guitar, Taonga Puoro (traditional Maori instruments) and digital FX was recorded and performed by leading Spanish guitarist Marcelo de Puebla and Horomona Hora; Spirit Flies, Sun Rises for piano trio was premiered in Wellington NZ and followed by a national tour to critical acclaim in August 2019; Homage to J S Bach premiered by Marcelo de Puebla in June 2019. Michael’s piece Surah Al Ma’dah for soprano and piano, written in memorium of the victims of the Christchurch massacre was premiered in Sydney Australia by acclaimed soprano Ayse Shanal in October 2019.

Recent projects include a piece for electric violin and orchestra Pulse with renown violinist Jenny Bae and a string quartet The Void Between Heartbeats which is  included on a new CD Flow of original quartets recorded by the Shanghai based Polaris string quartet.  The CD features composers around the world including two-time grammy award winner Michael Doherty, Jia Daqun, Parum Vir and Martin Lodge.

Michael teaches across a number of areas including composition, orchestration, computer music, aesthetics and harmony and counterpoint 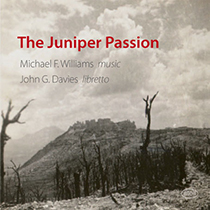