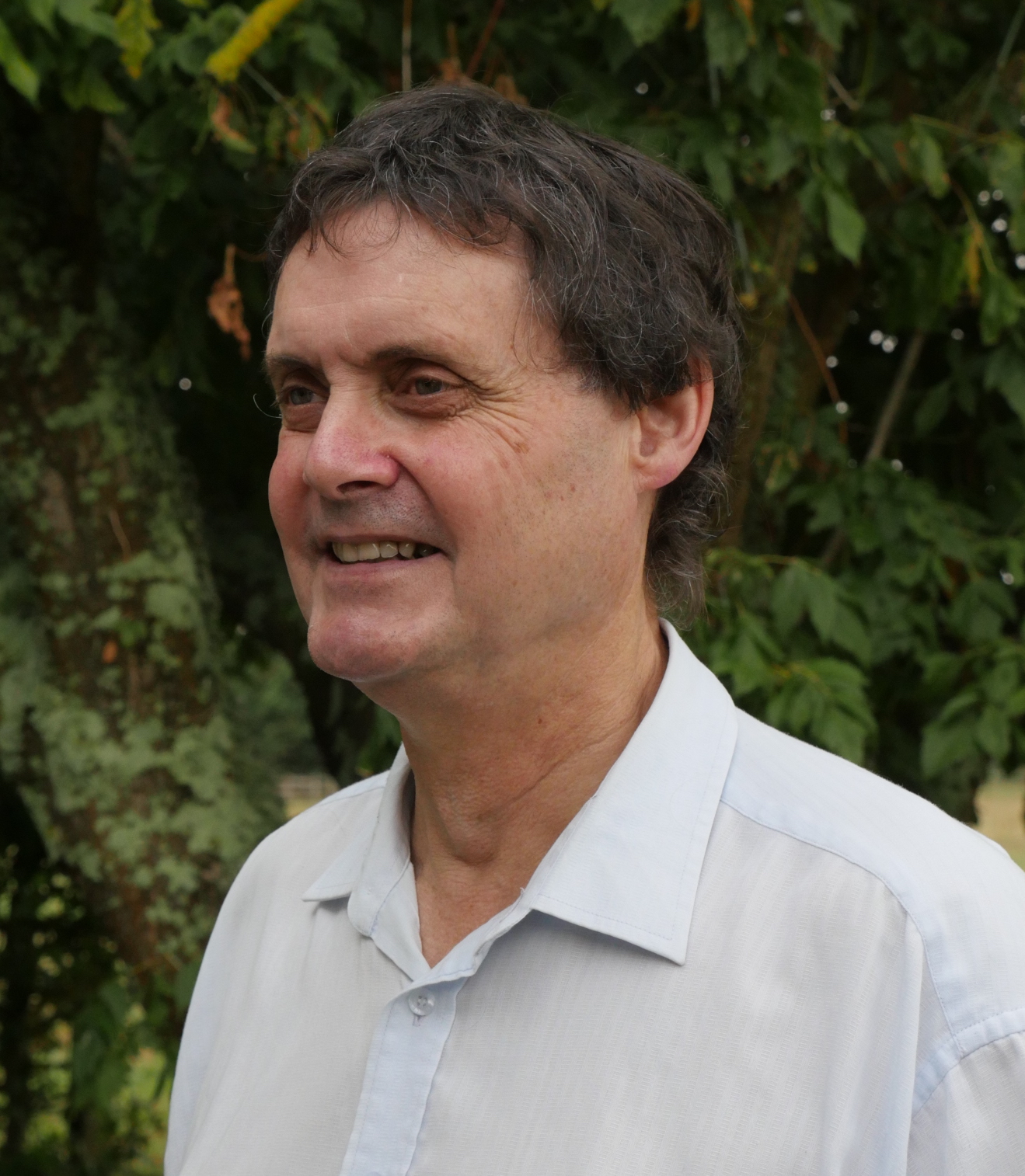 At the end of 2022  Professor Lodge is retiring from the University in order to devote his time to composition and other creative projects.  He will have completed 28 years of service to the University, and looks forward to continuing a productive relationship with the Conservatorium of Music in the years ahead.

Rangi tuwhera open sky, a collaborative creative research project that Martin has been leading throughout 2020-21, received its world premiere at the ImagineNative film and media festival in Toronto on 20th October 2021.  Rangi tuwhera provides practical proof of the concept of introducing traditional Māori musical instruments through a virtual reality experience. The project has run close to schedule, despite interruptions by Covid-19 lockdowns.

Recently uploaded to You Tube is a music video Martin commissioned from UoW Screen and Media student Amy Morris to accompany 'Drive', the final movement of his string quartet Stream https://www.youtube.com/watch?v=IV2THCrWcqE

Composition projects scheduled for completion in 2022 include In Praise of Shadows, an NZ–USA dual-studio based collaborative work commissioned by Tessa Brinckman and Filleann na Trathnona (The Evening Returns) for bass flute and recorded sound.

Completed in June 2019, Nga Whetu Hou (New Stars) for violin, cello and piano was commissioned by NZTrio as part of the group's series of concerts celebrating matariki, the Maori new year. Nga Whetu Hou is a short work created as a response to the sounds of pukaea (wooden trumpet) and putatara (conch shell trumpet) played by Horomona Horo.

7th February 2019 saw the premiere of Two, a new composition for violin duo commissioned by the 2019 Adam Chamber Music Festival. The performers were renowned violinists Monique Lapins and Nikki Chooi.

In January 2019 Martin was a a Visiting Scholar in the Dunedin Chinese Garden, as part of which he presented a public lecture The Shanghai Sessions about the album of international new music for string quartet of which he was executive producer in 2017. The album, called Flow, was recorded in Shanghai with the Polaris Quartet and includes Stream, a new three-movement work written by him for the project.

Since August 2019 Martin has been on the Advisory Board for Naxos Musicology International. This online, peer-reviewed journal provides an innovative voice in the changing discipline of international musicology and is part of the global Naxos Music Library company that already embraces recordings, digital streaming and education resources.

Best known as a composer, Martin Lodge is also a scholar and commentator on music. In 1990 and again in 1991 Martin held the Mozart Fellowship at the University of Otago, New Zealand's longest established composer residency position. In 1993 he was composer in residence with the Auckland Philharmonia Orchestra, for whom he wrote Symphony No.1 'Flowers of the Sea'. He has also fulfilled commissions from the New Zealand Symphony Orchestra, and international performers such as William Dowdall (Ireland), Timothy Deighton (USA), Wolfgang Emanuel Schmidt (Germany) and the Polaris Quartet of Shanghai.

Being awarded the J.D. Stout Research Fellowship at Victoria University of Wellington in 1994 enabled him to conduct substantial research into the music and life of New Zealand composer Anthony Watson (1933-73). He is a contributor to the Oxford Music Online (Oxford University Press) and Musik in Geschichte und Gegenwart. He has been a member of the international advisory board of BRONZS, the British Review of New Zealand Studies (London), and served on the international advisory board of the CNZS Bulletin of New Zealand Studies (Birkbeck, University of London) and on the editorial board of Massey University Music Editions (Wellington, NZ). At present he is member of the editorial board for Promethean's University Editions music scores. In 2013 he won a Pah Homestead (Auckland) artist in residence award.

Martin was chair of Music from July 1999 to June 2002, again from January 2012 to December 2014, and has resumed a third season in the role from January 2021. He is also director of composition studies. His principal teaching areas are composition and studies in New Zealand music, and he leads a graduate course in music aesthetics.

He led the artistic design specifications of the acclaimed Gallagher Concert Chamber in the University of Waikato Academy of Performing Arts, (opened 2001). The hall is now widely regarded as a pre-eminent NZ venue for chamber music.

In 2016 the University officially received a magnificent  fifty-piece collection of taonga puoro (traditional Maori instruments) that Martin commissioned from a team of makers led by the authoritative carver Brian Flintoff. Martin shares curation of the collection with tohunga (traditional expert) Horomona Horo, with whom he has also collaborated in creating new works that bring together Western classical and Maori classical instruments and musical forms.

Hinterland, a commissioned piece premiered by the Auckland Philharmonia Orchestra in March 1998 and subsequently broadcast by Radio NZ, evoked an exceptionally warm response from audience, players and critics alike. The New Zealand Symphony Orchestra opened its main 2001 season with Hinterland and on 3rd December 2001 Trust Records launched the CD Landscapes including this work played by the NZSO. The disc was nominated for Classical Album of the Year in the 2002 Tui Awards.

The virtuoso piece for solo viola Pacific Rock (2000) has been championed internationally by Timothy Deighton (USA) and a recording published on the Atoll CD Viola Aotearoa. Summer Music for piano trio was commissioned by the Ogen Trio to launch the 2002 Millenium Rotorua Chamber Music Festival. It premiered on 12 January 2002; a new studio recording of the work features on the recent (2008) Atoll CD Ahi by the Ogen Trio. The Auckland Philharmonia conducted by Werner Andreas Albert premiered the commissioned piece Aër in the Auckland Town Hall on 29 August 2002. In July 2003, US duo The Irrelevants premiered Ritual for alto saxophone & viola at the World Saxophone Congress in Minneapolis. Also in 2003, the innovative trio Toru for taonga puoro (traditional Māori instruments), cello and clarinet generated widespread interest. It was written for Richard Nunns, James Tennant and Peter Scholes and has been recorded and broadcast by Radio New Zealand. Plenum for organ was commissioned by the NZ Association of Organists and premiered in June 2004. The European premiere was given by Christopher Hainsworth in Montpellier Cathedral on 18 September 2005. The score is included in the anthology Organ Music by New Zealand Composers (ed. Apperley, Fagus Music, UK, 2004).

Martin was Chair of the Composers Advisory Panel to the Centre for New Zealand Music (SOUNZ) based in Wellington 1997-2003 and is co-founder and artistic co-ordinator of the contemporary performance ensemble Okta.  He has an evolving interest in computer applications to music performance and relationships with visual media. In 2016 he led a team that created the multimedia project Organ Music involving sonification of data from medical sensors. This installation was created at the invitation of Distinguished Professor Peter Hunter, director of the MedTech Centre of Research Excellence at the University of Auckland's Bioengineering Institute. The installation ran 29 October to 6 November 2016 in Silo6, Wynyard Quarter on the Auckland waterfront.

On 15 December 2016 Martin's virtuoso composition for solo cello Omanu was recorded by Wolfgang Emanuel Schmidt at Teldex, the legendary Berlin recording studio. The following . month, January 2017, Omanu was performed by Andrei Ionita, winner of the cello division of the 2015 Tchaikovsky Competition, at the Universität der Künste, Berlin.

in April 2017 Martin was both a featured composer and executive producer of a recording of newly commissioned string quartets. The recordings were made by the Polaris Quartet in the group's hometown of Shanghai. Composers featured are Jia Daqun (China), Michael Daugherty (USA), Param Vir (UK/India), and Michael Williams and Martin Lodge (NZ). Produced by Wayne Laird, the album Flow was published on the Atoll label in 2017 .

Prompted by his own near death experience in 2010, in November 2017 Martin published  'Illuminations: a proposed taxonomy for death-inspired works in Western art music'. Open access full text is available from the publisher at

Current doctoral supervisions include projects in composition, New Zealand music history, and composition/performance praxis and context in the work of a selected composer-performer. 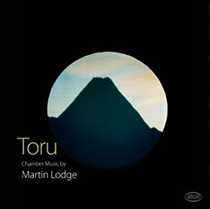