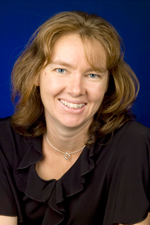 Rachael Griffiths-Hughes combines her teaching work at the Conservatorium of Music with a busy schedule of performing and choral conducting.

Rachael  holds a Doctor of Musical Arts degree in harpsichord performance form the State University of New York at Stony Brook, and  MMus in organ and harpsichord from the University of Auckland. Music of the 17th and 18th centuries is her great passion and  she performs regularly on the harpsichord with the Auckland-based early music ensemble Affetto, and on a freelance basis. She performs regularly with colleague baroque violinist Lara Hall, including a 7 city tour for Chamber Music NZ in 2020.

Rachael has recorded on the Atoll label with Lara Hall (Violin sonatas of Joseph Gibbs) and Affetto.

As well as baroque music, Rachael has research interests in Choral Music; she directs the University Chamber choir, the ensemble Vox Baroque and is the Director of Music at St. Peter's Cathedral, Hamilton. For 14 years she was director of the Hamilton Civic Choir, presenting many of the great choral masterpieces, including collaborations with  Auckland Philharmonia Orchestra in performances of Beethoven's 9th symphony and Brahms' Requiem.

Over the last 7 years, Rachael has developed a great interest in editing and performing sacred cantatas of the 18th century, particularly those by J.C. Graupner and G.P Stölzel.