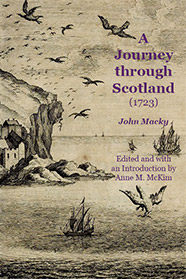 In a series of fourteen letters, written in 1722 as he journeyed through Scotland, John Macky set out to show that the 'kingdom will not appear so despicable as some parts of the world imagine'.

Deliberately challenging the many negative accounts of the country in circulation at the time - by disgruntled English travellers and others who had never actually visited - this expatriate Scot published a lively and controversial guide to his native land. It proved to be a popular and influential work.

This new critical edition is introduced and richly annotated by Anne M. McKim, with a full index of people and places.