Anthropology is the study of humanity in all its fantastic diversity. Waikato's Anthropology students learn from anthropologists who have a strong Pacific focus and engage in research across a wide range of crucial global issues.

Are you interested in human language and the way it has been formed and adapted throughout civilisation? Study Applied Linguistics at Waikato and you'll explore the complex world of language theories and methods, and the solution of practical problems associated with language.

Chinese at Waikato involves the study of Modern Standard Chinese (Mandarin) and the history, culture and society of ancient and present day China.

Are you interested in the complex interaction between music and computing in the digital age? Creative Technologies fuses multimedia practices with the fast-paced world of digital communications, mobile and networking. For New Zealand-based students, Creative Technologies begins as a graduate-level subject.

Being a great writer will set you up for success in any career path. Study Creative Writing at Waikato and hone your communication skills to develop professionally, or start on a whole new journey as an expert writer.

Dance is integral to understanding the history and social life of many cultures, and offers a context for embodied learning about ourselves, how we relate to and communicate with others, and the world. Dance is experienced in many forms throughout Aotearoa in social, ritual, traditional and contemporary artistic contexts.

You'll learn how to make eye-catching graphic/media design experiences which drive products and bring satisfaction to viewers when you study Design Media at Waikato. Design Media is all about learning-by-doing and integrating media in new ways.

Positioned at the junctures between traditional filmmaking and new forms of computer-based digital art, digital cinema increasingly blurs boundaries between music video, animation, graphic design, as well as avant-garde, independent, and mainstream cinemas. At Waikato you'll gain an appreciation of the productive exchange between these various forms of digital cinema.

English at Waikato prepares you for what employers want – a trained mind and the ability to understand and creatively solve problems with words. You'll grow your appreciation for major literary works and a love for the English language.

The Environment and Society masters programme is designed for graduates of undergraduate qualifications in social sciences, environmental sciences, law, economics or management.

Environmental Planning at Waikato develops your knowledge of how human behaviour affects the environment. We'll inspire you to understand how social, economic and cultural aspects, and the physical environment contribute to problems and provide solutions.

The study of Ethics provides an excellent grounding in evaluative theory and reasoning for a professional future in the public service, the health sector, social work, with environmental agencies, and in business.

Would you like to be able to chat with a winemaker in the Loire Valley? Discuss the menu with a waiter in a Parisian café? Frequent the Latin Quarter and talk about existentialism in the Café de la Sorbonne? Then learning French as part of a major in International Languages and Cultures is the ideal way to start.

Gender and sexuality shape virtually every aspect of our social relations, and contribute fundamentally to our sense of self.

Geographic Information Systems provides one of the major contact points between emerging computer technology and applied geographic skills. GIS involves the use of mapping skills, the use of information with a locational reference, and skills in geographical analysis and interpretation.

Historians study the past to understand the present. History at Waikato will inspire you to understand current events in light of historical context and give you a first-rate history education from a top 200 QS-rated programme.

Industrial Relations and Human Resource Management at Waikato prepares you to play the important role of managing people's work and their environment. You'll be ready for a career in employment relations, human resources, workplace change and education and training.

International Languages and Cultures at Waikato offers four streams - Chinese, French, Japanese, and Spanish. With advanced language skills, you'll meet the world's need for multilingual and culturally sensitive speakers, enhancing your business and social skills and preparing you for success in a multicultural work environment.

Studying International Relations and Security Studies at Waikato includes aspects of international law and trade, and focuses on particular regions of concern (notably, the Middle-East and South-East Asia). A wide range of different length dissertations and theses can be undertaken allowing you to focus on an area of special interest.

Labour Studies looks at the world of work and employment and the social environment in which they take place.

Studying law is empowering as it affects every aspect of our life. Study Law at the University of Waikato - ranked as one of the world's top 250 universities for Law - and you'll be looking into why laws are made, who makes them, how they work and how to change them.

Linguistics is the scientific study of language and, given that language impinges on virtually everything we do, it is a broad and interesting subject. Linguistics at the University of Waikato is a top 250 QS-rated programme and will deepen your appreciation for language, as well as provide essential understandings relevant to any career where language is a key component.

Philosophy is for thinkers and doers. It's about solving real-life problems, and applying intellectual rigour to how we understand and interact with others, society and the world. Studying Philosophy at Waikato will teach you how to learn, think and write clearly, argue vigorously, and question deeply held assumptions and beliefs.

Political Science at Waikato offers a broad spectrum of political knowledge on both national and international issues. You'll seek answers to some of the most difficult political issues of today and gain skills for many potential career paths.

Studying Professional Writing at Waikato teaches you high-level skills as a reader, writer and editor with excellent verbal, grammatical and analytical skills to excel your writing career.

Widely regarded as the centre of Applied Psychology in New Zealand, Psychology at Waikato offers numerous study options for those keen to pursue this remarkable discipline.

Screen and Media Studies at Waikato makes sure you keep pace with new tools and platforms for the rapidly evolving media industry. You'll get high-quality learning experiences with up-to-date resources in our top 250 QS-rated programme.

Crime Science uses evidence-based information together with scientific approaches and methods to reduce crime and threats to security.

Be a force for change. Study Social Policy at Waikato and develop a critical understanding of how policy-making impacts on every person, regardless of their age, ethnicity or gender – then learn how to influence it.

Social Science Research is the activity of gathering, analysing and interpreting information for a variety of social, economic, educational and political purposes.

Social Work builds on the ambition students have for making a positive difference in the lives of others, producing passionate graduates for a growing industry. Qualified social workers are sought after both within New Zealand and overseas.

A major in Theatre Studies at Waikato can be a rich and challenging pathway within an Arts degree. It has a wide range of vocational applications within the Performing Arts.  This suite of papers leads the student through processes of performance-making.

Work, Employment, and Society is an interdisciplinary subject concerned with the world of employment and work in the broadest sense, and the social and economic context in which they take place. Drawing from a number of disciplines students gain an understanding of contemporary issues such as the nature of work, industrial relations, labour market issues, workers' education and training, and international comparisons.

Do you love expressing yourself in words? Enjoy a learning environment in which you can explore your creativity as a writer of poetry, fiction or creative non-fiction. Acquire the skills in written communication that you can apply in business environments, or learn to write for digital media or for the screen. 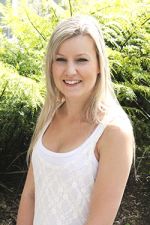