Chinese at Waikato involves the study of Modern Standard Chinese (Mandarin) and the history, culture and society of ancient and present day China.

China ("Zhongguo" – the Central Kingdom) has a civilisation that spans 4,000 years, the longest unbroken civilisation in the world. It was the centre of East Asian culture for many centuries, exerting a strong influence on its immediate neighbours, including Korea, Japan and Vietnam.

Over the last two decades China has achieved the highest economic growth rate in the world. According to World Bank and IMF estimates, in terms of real size of its economy, China now ranks third internationally. And it's home to one fifth of the world's population and is poised to become a massive world force.

As part of the Asia Pacific region, New Zealand has substantial links with the countries of Chinese-speaking Asia, with China, Hong Kong and Taiwan included among New Zealand's top ten trading partners. There is a large Chinese immigrant community in New Zealand and large numbers of Chinese tourists visit.

An understanding of this emerging modern power and its language is an invaluable tool, whether you are studying Chinese language and culture out of interest or for career reasons. 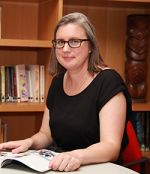