At Waikato we provide an integrated and interdisciplinary approach to population studies with our graduate programme in Population Studies and Demography. You'll learn about advanced, empirical analysis of population structure and trends.

You'll explore the importance of population research and the need for attention to population trends, their causes and their implications on the environment, employment, work and family, health, population distribution, urbanisation, migration patterns, old age security and refugee movements.

This subject is of relevance to students from a wide range of backgrounds, such as sociology, economics, geography, political science and public policy, and provides opportunities to engage in individual directed studies and research for a masters or higher degree on a population-related subject.

Population Studies and Demography is offered by the National Institute for Demographic and Economic Analysis (NIDEA), a research institute based in the Faculty of Arts and Social Sciences. NIDEA is the only national unit in New Zealand that generates and coordinates research in population studies. 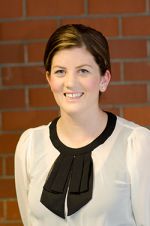