Would you like to be able to chat with a winemaker in the Loire Valley? Discuss the menu with a waiter in a Parisian café? Frequent the Latin Quarter and talk about existentialism in the Café de la Sorbonne? A degree in French at Waikato is the place to start.

French is one of the world's most important languages, being widely used in commerce and diplomacy. The role of France in European history and civilization means that French culture has an influence which extends all around the world. Including French in your university studies gives you many advantages: 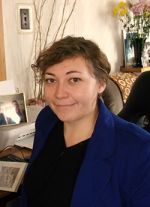