Studying International Relations and Security Studies at Waikato includes aspects of international law and trade, and focuses on particular regions of concern (notably, the Middle-East and South-East Asia). A wide range of different length dissertations and theses can be undertaken allowing you to focus on an area of special interest. 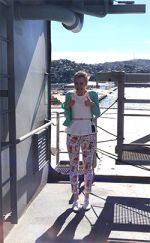