Population problems are among the most serious challenges we face for the 21st Century. Population issues have implications for the environment, employment, families, health, urbanisation, migration, security in old age and refugee movements. It is vital that research develops integrated approaches to these issues, and policy makers and planners pay serious attention to population trends, their causes and effects.

At Waikato, our Population Studies programme takes a particular look at trends in New Zealand and the broader South Pacific region. You will learn about, and be involved in, research into Māori demography, population health, family structures and formation, fertility, the labour force and employment relating to New Zealand, as well as work on India, Africa, Europe, the Indian Ocean and the South Pacific. You will become familiar with themes such as mortality, social policy, fertility, migration, families and households, labour force and income, and will understand the contrasting population problems faced by developed and developing countries.

The institute's researchers are internationally and locally recognised. Your study will provide unique insights into how population studies research is being used to shape New Zealand's future, an understanding you can carry with you into careers in the health, finance, environmental and social science sectors. 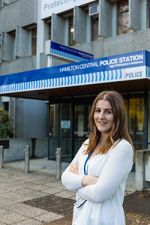