The closest linguistic relative to Spanish is Portuguese; speakers of one language can, with very little difficulty, read the other, making communications possible and relatively simple. When spoken carefully and a little more slowly than usual, Spanish and Portuguese are to a high degree mutually intelligible. Communications between Spanish and Portuguese speakers, therefore, both on the Iberian Peninsula and in South America, tend to be relatively easy.

Other Romance languages are likewise acquired with relative ease from a Luso-Spanish base, such as French, Italian, and even Romanian.

The Spanish-speaking world is home to many cultures: Iberian, Afro-Caribbean, and Amerind, as well as the cultural mixes resulting from five hundred years of American/European/African contacts. 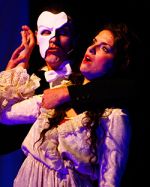