Are you passionate about New Zealand history and the constitution of our nation? Treaty of Waitangi/Te Tiriti o Waitangi programme examines the relevance of the Treaty and how it impacts on the relationship between the tangata whenua (people of the land) and colonisation.

Te Tiriti o Waitangi/The Treaty of Waitangi is known as New Zealand's founding document. Widely recognised as one of the constitutional documents of Aotearoa/New Zealand, the treaty exists as an agreement (written in Māori and English) that was made between the British Crown and Māori rangatira (chiefs).

This area of study will provide you with a firm knowledge base around the constitution of our nation and the ongoing importance of The Treaty of Waitangi for future generations. 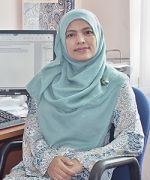