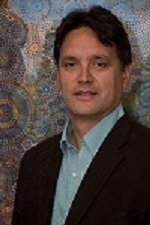 This year a colleague, Professor of Tikanga and Reo, Pou Temara, hand delivered a 68,000 strong petition to parliament demanding Sir Bob Jones’ Knighthood be revoked. The petition relates to a column in the National Business Review by Sir Bob Jones which was deleted from the NBR’s website due to rightful public outrage. The piece referred to a ‘Māori Gratitude day’: “I have in mind a public holiday”, wrote Jones, “where Maori bring us breakfast in bed or weed our gardens, wash and polish our cars and so on…”. Without giving a reason, Jones also makes reference to a “Professor Temaru [sic]”, which we can only assume refers to Professor Pou Temara.

Ka mua, ka muri is a well known adage and refers to looking back so as to move forward into the future. It possibly also speaks to when societies have become morose, that is, in this case when the crimes of our past persist in the present. Although probably more cynical these days and thus less thoroughly shocked, I am nonetheless still taken aback when blatant racism is given a public platform in New Zealand. As an example, when I began my career as a lecturer in 2003 with the unwarranted self-assuredness of a young academic, I basked in the warm bubble of a ‘bicultural’ society I was convinced was making strides against its racist colonial legacy. The bubble was thoroughly burst, however, by early 2004 when the then leader of the opposition National Party, Don Brash, delivered his now infamous speech on Nationhood, which castigated the “dangerous drift towards racial separatism in New Zealand”.

This swinging pendulum of tolerance and intolerance can come to hit you squarely in the face when a colleague of yours, a tohunga no less, is derided within a public forum. Without wanting to give Jones any more mana than he deserves, academics must serve as that critical voice and rebuke the column from one of New Zealand’s most recognisable figures as an unacceptable display of racism. These events are not simply the condemnable acts of individuals, rather, they are symptomatic of a faction of society who struggle, or whose ignorance has enabled them to willfully bemoan the great strides that Māori have made in the last 50 years.

University of Cambridge’s Graham Virgo suggests, “In the wake of the denigration of the views of ‘experts’ by certain supporters of the Trump and Brexit campaigns, the need for universities, and those who work in them, to challenge and criticise publicly is greater than ever”. Like Virgo, I believe Universities should helping to create civil and just societies by teaching our students to think critically and to have a respect for other cultures.

Although Jones’ column was ultimately censored, a not unimportant faction of New Zealand society remains who would like to continue to subjugate Māori to their ‘proper occupations’ ie, serving breakfast in bed, weeding gardens, and washing cars.  Indigenous Studies and other disciplines must uphold that ideal of the critic and conscience of society, and speak out against discourses that continue a legacy of colonial ignorance and racism.

This is the challenge that lays before students of Te Pua Wānanga ki te Ao, and this is the time to play the role of the critic of conscience.  Like Professor Temara, we must teach and show people that the uplifting of others does not have an inverse effect on the richness of their lives; in fact, quite the opposite.