Art donation for all to enjoy 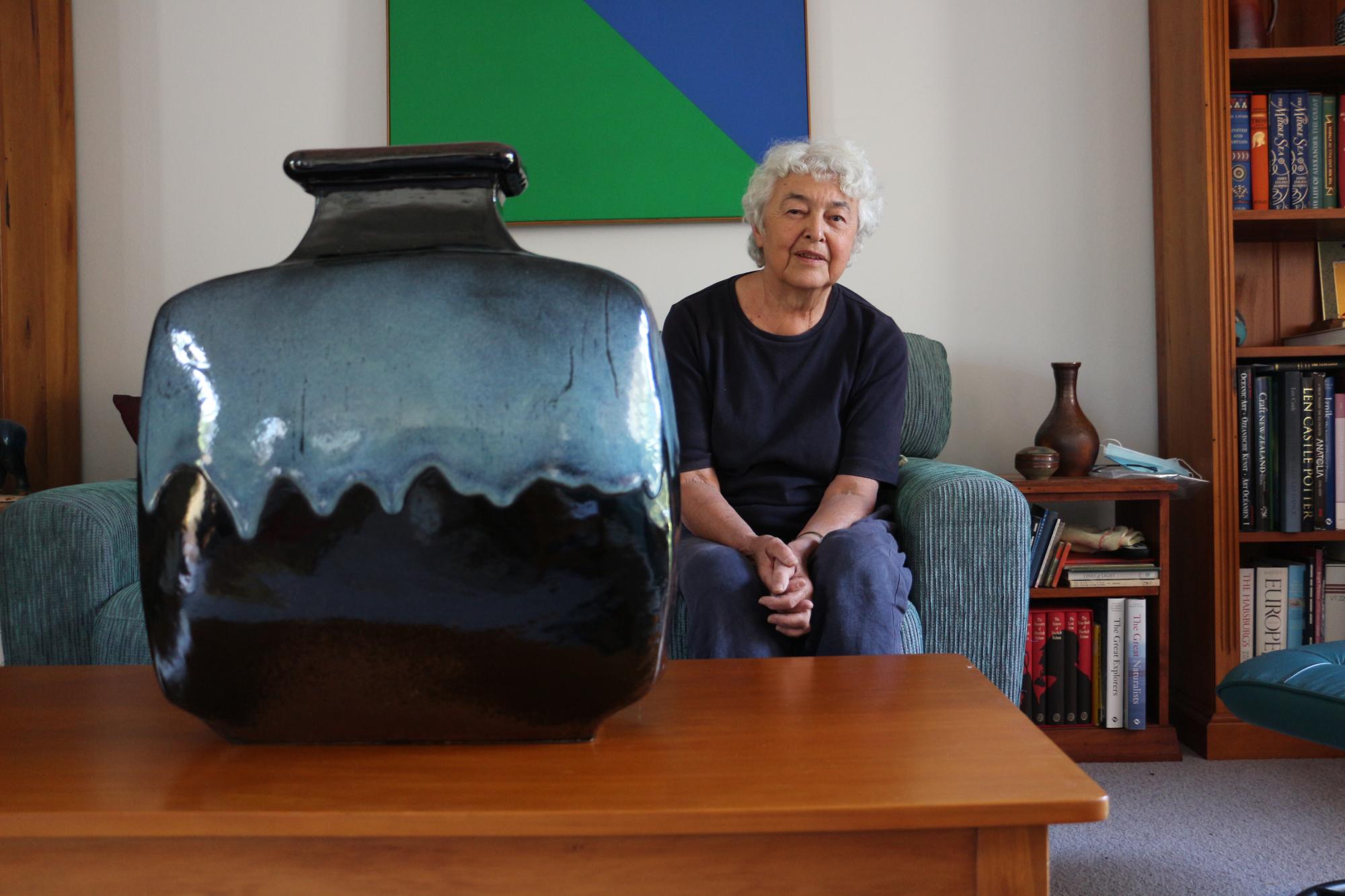 A significant art donation made to the University of Waikato will allow people in the community to enjoy a piece by Len Castle, an award-winning New Zealand potter whose work is also in collection at the Museum of New Zealand Te Papa Tongarewa.

Alexandra Barratt, Emeritus Professor of the University of Waikato and a leading scholar in English and medieval studies, has donated one of Castle’s large blossom pots to the University in memory of her late husband Dr Robert Welch, ONZM.

Dr Welch was an animal physiologist who spent the majority of his career at AgResearch, based at Ruakura.

“He was a young scientist when the University was being established in the 1960s, and subsequently over the years had many good relationships with other scientists at Waikato,” says Emeritus Professor Barratt.

“He was also a big fan of New Zealand pottery, and the work of Len Castle in particular. We were very excited to come by the Blossom Pot in 2009, and while I have so much enjoyed having the pot, it feels more like a piece that the public should get to see.

“I am delighted that it will soon be on display for more people to enjoy, and in memory of Robert too.”

Both Emeritus Professor Barratt and Dr Welch have several accolades and long associations with the University of Waikato.

Emeritus Professor Barratt first joined the University’s English Department in the School of Humanities (now the School of Arts) in 1977, the beginning of a decades-long career where she had several leadership roles, including Professor of English, Chairperson of English, Chairperson of Humanities, and academic representative on the University Council.

As a leading medieval studies scholar, she has published extensively with many of her books used as set texts in university courses in New Zealand and around the world. She was named an Emeritus Professor in 2011, and officially retired in 2016.

Dr Robert Welch had degrees in agriculture, physiology and biochemistry from New Zealand universities, as well as a PhD in reproductive physiology and biochemistry from Cambridge University in the UK. His study areas focused on embryology and drug preparation and testing, and at AgResearch he was responsible for advising the board of directors on developments in biotechnology including technology, commercialisation, and regulation. He was named an Officer of the New Zealand Order of Merit in 2009 for his services to biotechnology. Dr Welch passed away in 2020 at the age of 81.

Len Castle’s Blossom Pot will become part of the University’s official art collection, and placed in a location on campus where it can be enjoyed by many.