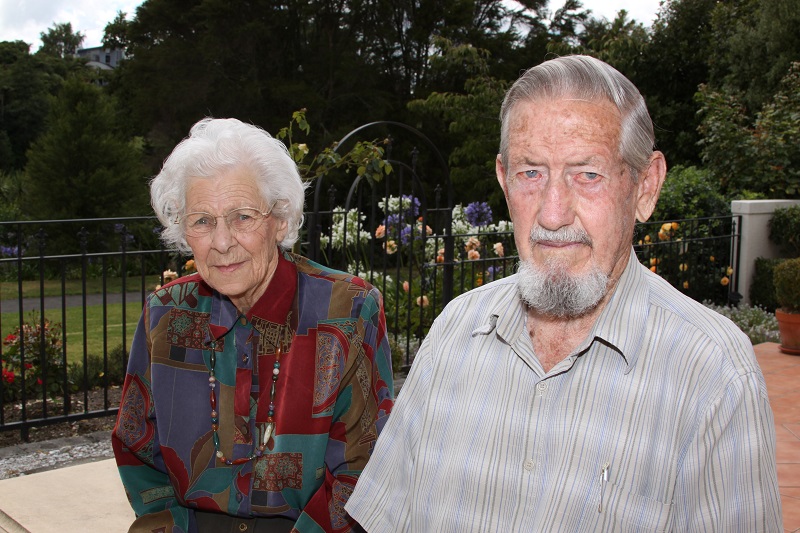 While Bill Flower had little formal education himself, it did not stop him from making a generous gift to the University of Waikato to further agribusiness study and research.

Bill Flower, alongside wife Joan, have funded several agribusiness scholarships and prizes at the University, including a doctoral fellowship in economics worth $30,000 a year, an agribusiness Masters scholarship, agribusiness conference participation awards, and summer research scholarships.

Bill passed away in 2016 at the age of 98, three years after his beloved wife Joan in 2013 at 88. Both were dedicated to helping out less fortunate young ones when they saw an opportunity, or potential, being wasted. In addition to having four children of their own, they sent several boys to Outward Bound, and took in boys to work on their farms during the holidays, for work experience and sometimes to keep them out of trouble. To see them succeed gave the Flowers a lot of pleasure.

Bill’s philosophy centred on helping others, as he was helped when he was young. Born in Australia, Bill was forced to leave school at 12 when the depression hit. “My parents couldn’t afford to send me to boarding school. My father went bankrupt during the depression and I knew I didn’t want that to happen to me.”

Bill came to New Zealand when he was 20, contracted pneumonia and spent two months in hospital. “There was no welfare state then and I had to pay for my hospital stay. I got a job at Ruakura and worked for 15 months to pay off the loan before I could return to Australia.” But there was a lot about New Zealand he liked, including a young Bay of Plenty woman, Joan, and back to New Zealand he came.

War was looming and despite having no formal qualifications Bill applied for the New Zealand Air Force – he had to attend Hamilton Technical College to get up to speed for the entry test, which he subsequently passed with flying colours. In England he transferred to the RAF and flew Halifax bombers. “For some of the time I was based near Oxford and was able to do some economics papers through the university. That taught me the basic principles of how the economy worked and gave me a better understanding of how I could do better financially.”

After the war, Joan and Bill married, and like many servicemen, was given a 100% government loan to buy a farm – Longacres in Morrinsville – which they farmed for 15 years. “In the fifties it was easy to make a profit from your land and those who were careful could save and invest.” Bill bought commercial properties in town and a few years later a 650 hectare block in Piopio, which he developed into a dry stock farm.

Bill had a long friendship with the University of Waikato’s founding Vice-Chancellor Don Llewellyn and with Professor John Ward, founding dean of Arts and Social Sciences and founding chair in economics at Waikato Management School.

“When the idea to build a university was proposed I thought it would be the greatest thing that could happen in Hamilton.” Bill also volunteered to join the committee for raising funds for the halls of residence.

Bill believed New Zealand’s future lay in its agricultural and land based industries, and his support over the years has enabled students at the University to contribute to progressing these areas, including research into improving pastoral drought resilience and freshwater management.

In 2013, Bill received the University of Waikato Medal in recognition of his support to generations of students and commitment to education. The University Medal is given to acknowledge services of international and national credibility, outstanding leadership and community endeavour in a person who also has strong connections to the University.

Bill has attributed much of his philanthropic intent to the guidance and generous, warm-hearted nature of his wife. “Behind every successful man, there is a hardworking, loyal woman. I have been blessed with a happy marriage to a perfect wife.”