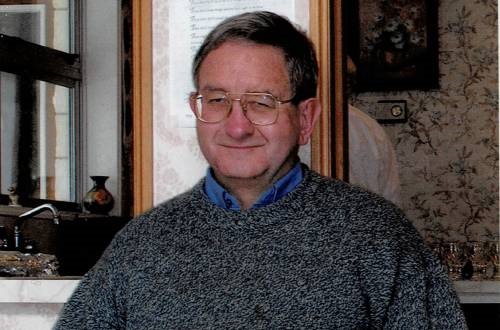 Born in 1947 and originally from Blenheim, Michael was educated at Marlborough Boys’ College before attending the University of Canterbury. He graduated with a degree in Mathematics and then trained as a secondary school teacher.

His first job was at Motueka High School as a Maths teacher, where he worked for a few years before taking up an exciting opportunity to travel to Papua New Guinea in the 1970s to teach. He was keen to assist with the development of the country through working in the education sector.

Michael taught at a secondary school in the Madang Province and later at the institute currently known as the University of Goroka, where he was involved with teacher training. During his time in Papua New Guinea he also coached local athletes, including some who would go on to compete at the Commonwealth Games. Michael’s time in Papua New Guinea had a profound effect on him; he felt he was making a real difference in students’ lives through education.

On returning to New Zealand, he taught secondary school Maths in Wellington, before moving to Hamilton to begin a new role with the Foundation Studies department (now known as Waikato Pathways College) at the University of Waikato. His work focussed on assisting international students to transition to tertiary study.

During his time at Waikato University, he completed a Master of Education degree which included a dissertation on how overseas students learn mathematics in New Zealand. Michael found his role at the University deeply fulfilling, and he thoroughly enjoyed seeing international students transition into university life and flourish in their studies.

Sadly, Michael passed away in 2003 at the age of 55. Michael’s two brothers had also been involved in education and his family decided to use funds from his estate to provide a scholarship to assist international students to study at the University of Waikato, particularly students from developing South Pacific Island nations.

The resulting scholarship, named in Michael’s honour, is worth $10,000 and is awarded to a student who comes from a South Pacific Nation and can demonstrate a need for financial support to undertake full-time study.