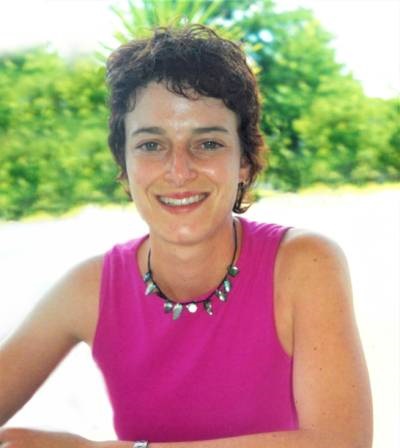 A new prize fund has been established in memory of the life and career of University of Waikato alumna and literature academic Professor Catherine Silverstone.

Catherine died peacefully in London in October 2020 after a short illness, aged 45. She leaves a partner, Julia Cort.

To honour her memory, Catherine's family (Anne, Brian, and Tim Silverstone) have established a fund at the University of Waikato for an annual prize in English - named the Catherine Silverstone Memorial Prize.

Catherine has been described by her family, friends and colleagues as an amazing, generous and warm person and a highly committed teacher, researcher and administrator. She was loved and respected by all those who worked with her.

Catherine was Head of the School of English and Drama at Queen Mary University of London and well-known for her work on contemporary queer and decolonial approaches to Shakespeare and LGBT culture. In March 2021, she was awarded a posthumous Professorship from Queen Mary University, the first of its kind at Queen Mary, and a promotion she was on track to receive before she died.

At Waikato, Catherine was an exceptional student, achieving high grades and academic awards in English prior to attaining Bachelor and Master of Arts degrees with first class honours in 1998. She then moved to the UK on a Commonwealth Scholarship for doctoral research at the University of Sussex. After completing her PhD, she was appointed lecturer in English and Drama at Anglia Ruskin University in Cambridge before joining Queen Mary in 2007.

“Catherine had an incredible passion for literature and the performing arts. Establishing a prize in her name is one way to honour her outstanding achievements”, says Brian Silverstone.

The Silverstone family has a long association with the University of Waikato. Brian taught economics for 41 years before retiring in 2010 with the status of Honorary Fellow, with colleagues and donors establishing an annual Brian Silverstone Prize in Macroeconomics in 2010. Catherine’s brother Tim graduated with a law degree in 1999 with first class honours and received the Waikato Bay of Plenty District Law Society Gold Medal, among many other academic awards.

The Catherine Silverstone Memorial Prize of $1,000 will be awarded annually to the top English student (by GPA) who is completing their undergraduate degree with an English major in the year of the award.