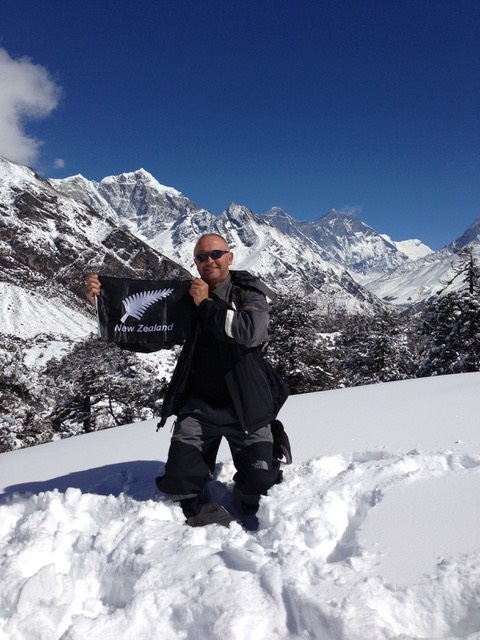 Orbit World Travel Hamilton and the University of Waikato have enjoyed a partnership of more than 20 years.

“Our partnership with the University is very much a mutually beneficial one. The University has also been very generous to us in its acknowledgement of our support, and we feel like a part of the family which really speaks to the strength of our relationship.”

As a key sponsor of the Hillary Scholarship, Orbit provides funding and a variety of assistance to Hillary Scholars, including internships and work experience placements.

In 2012 Orbit expanded its support of Hillary Scholars by sponsoring the Step Higher Awards, an award that promotes leadership excellence for scholars, providing a unique opportunity to travel to the Khumbu Valley in Nepal on the pathway to Mt Everest, which Sir Edmund Hillary famously summited in 1953.

The Khumbu Valley is where Sir Edmund’s legacy can be seen, and scholars visit many of the projects supported by the Himalayan Trust, which he set up in the 1960s to support the health, wellbeing and education of people living in remote communities in Nepal.

Paul went on the inaugural trip to Nepal with Step Higher awardees, and says it was an unforgettable experience.

“Hillary Scholars are already incredibly high-achieving, but also really humble and community-minded. Seeing them retrace Hillary’s footsteps in Nepal and connecting with some of the causes that were close to him and the Himalayan Trust was fantastic to see, and we’re very proud to be a part of that.”

Paul says Orbit is committed to supporting a variety of local causes in addition to its support of the University, including Hospice and various community initiatives.

“We are a values-driven business, and from a personal point of view I’m very committed to giving back to local causes in the community. As a region we’re all very inter-connected which makes it easier to support each other, and I see that as a real strength that we have in the Waikato.”