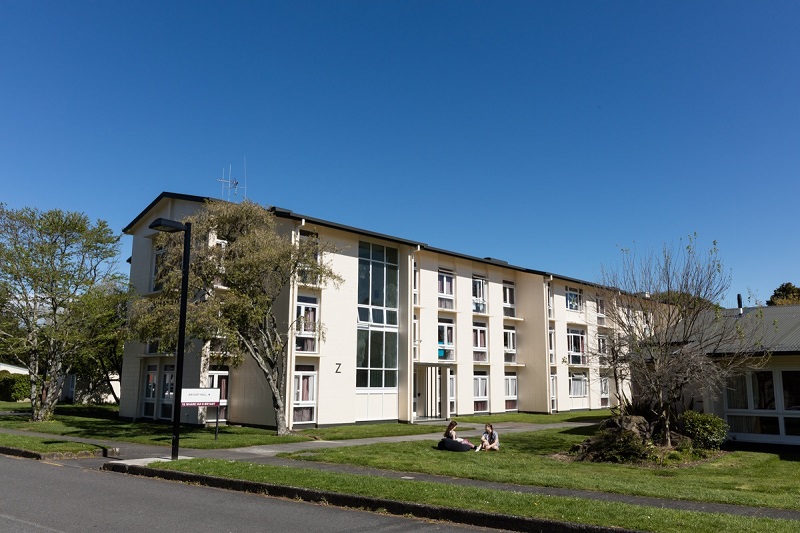 The D V Bryant Trust is one of the Waikato region’s longest-running philanthropic trusts with beginnings in 1921 when Waikato farmer Daniel Vickery Bryant announced his intention to give half his wealth to helping others.

Dan Bryant was determined to make a difference in some way, “I had a vision, I knew someday there would be special work for me.” The Trust has made an impact in communities, supported social causes and been a generous and long-standing supporter of the University of Waikato.

The DV Bryant Trust was instrumental in the formation of the University by supporting projects such as a chaplain’s house, School of Science and the Centre for Māori Studies and Research. The University’s first Vice-Chancellor, Don Llewellyn, doubted he could do justice to all the help the University received from the Trust.

One of the first major projects the Trust was involved in at the University was to provide student accommodation. On 12 March 1971, Bryant Hall residence opened for over 100 students with a dining hall added a few years later.

Founding Trust member and former University registrar, Dr Norman Kingsbury, believed the halls should have an emphasis on student personal accountability and mutual respect between students and staff, an approach the University supports today.

In the 1990s, the Trust continued to support the University with the construction of the Academy of Performing Arts, the Recreation Centre and the Don Llewellyn Sports Pavilion.

Since 2016, the Trust has given crucial financial support to the University’s Te Ara ki Angitū initiative between the University and secondary schools of Tokoroa and Putaruru. The partnership removes barriers to university study for students in South Waikato by providing scholarships and a subsidised bus service to and from the University. The DV Bryant Trust initially supported the initiative with scholarships for the South Waikato students and then switched to running the much-needed bus service which has since been extended to multiple areas in the region.

The Trust’s connection with the University was solidified further in 2016 when biological sciences’ professor Vic Arcus was appointed Chair and became the fourth generation in the Bryant family to hold the position (Daniel Vickery Bryant was his great-grandfather). The University maintains strong links with the organisation which includes Waikato alumna Raewyn Kirkman as Chief Executive who took over the role from Lindsay Cumberpatch, previous University Chaplain.

In 2021, to celebrate 50 years of Bryant Hall and 100 years since Daniel Bryant began his philanthropic journey, the University established the DV Bryant Trust University of Waikato Returning Student Scholarship. This scholarship will provide an accommodation scholarship for returning Bryant Hall students who have a financial need with up to 20 scholarships awarded each year. Nominations will be made by University staff of the Halls of Residence.

For more on DV Bryant Trust, watch this video about its history, or read the latest annual report.

If you’d like to donate to help support the DV Bryant Trust University of Waikato Returning Student Scholarship click on the button below.