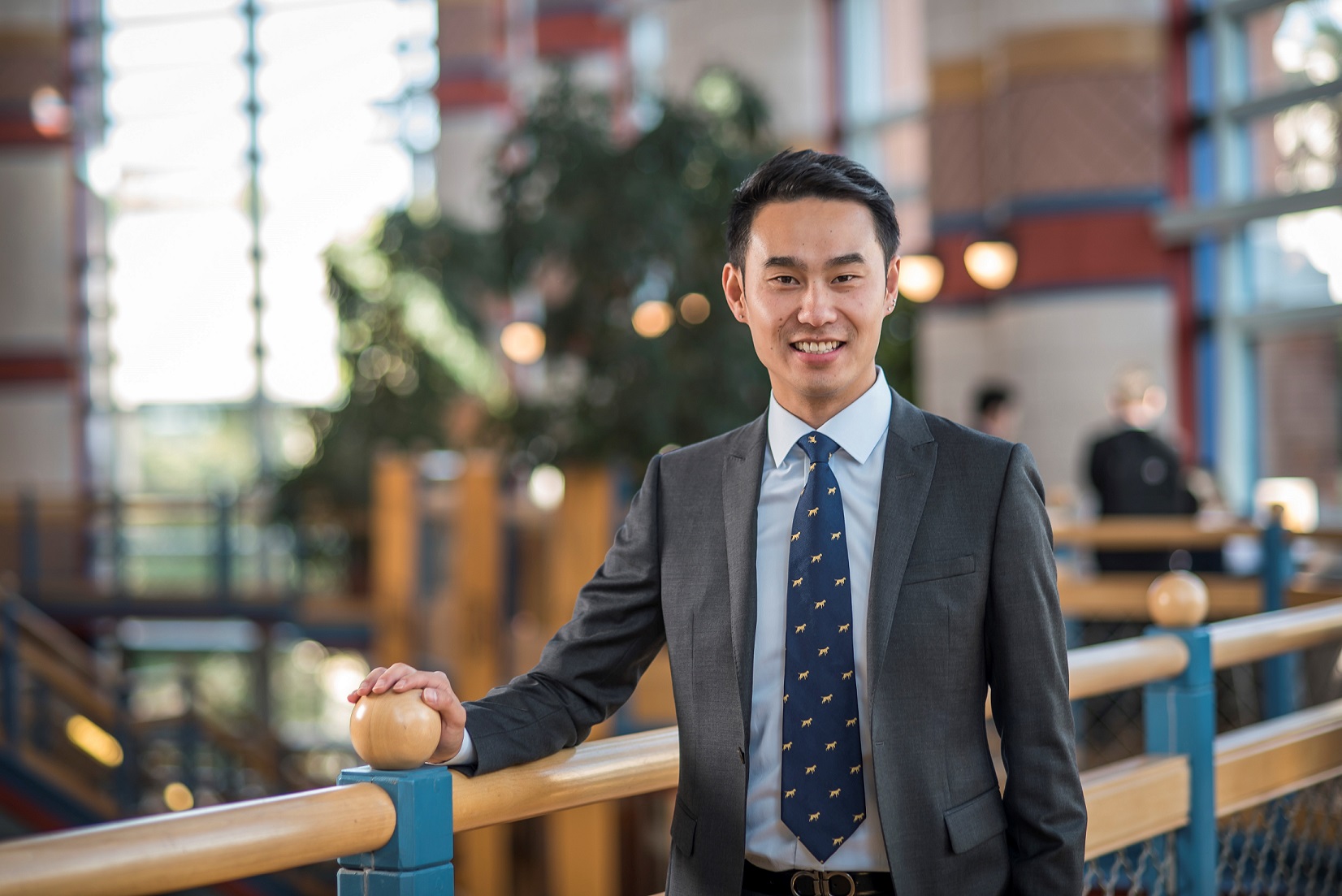 While many universities are in the habit of rewarding student success through merit-based scholarships, University of Waikato alumnus and donor Victor Li wanted to do something different.

After completing a Postgraduate Certificate in Environmental Education at Waikato in 2018, Victor, who recently finished an MBA at Cambridge University in the UK, wanted to help students who might not have had the financial resources otherwise to attend or continue university.

Through his charity the Artemis Foundation, Victor established an undergraduate scholarship worth $7000 a year with the aim of helping to alleviate some of the financial hardship students can face with university study.

“When I was looking at other scholarships, I saw there was a surplus of merit-based ones, but a comparative lack of needs-based support,” says Victor.

As a result, the Artemis Foundation Scholarship was established in 2019 at the University of Waikato and is awarded to a student who intends to undertake a third or fourth year of undergraduate study in an area relating to education, business, and environmental sustainability, areas which echo the Artemis Foundation’s focuses, and in particular the under-representation of women in jobs in these areas.

In addition to supporting students financially, the Foundation also mentors the recipient of each annual scholarship.

“Financial support, like academic learnings, is one tool to facilitate professional success,” he says. “I believe the real value also lies in mentoring, alongside the financial support, to encourage students to fully utilise the skills they are gaining through their education.”

Diversity and different approaches at Waikato

While studying at Waikato, Victor came to appreciate the diversity of education offerings and multi-disciplinary approach to learning, which he says is crucial for the world we live in.

“One of the reasons I chose Waikato was the uniqueness of course offerings. Even though I was living and working in Auckland at the time, I wanted to be at the nexus of the two disciplines I was interested in – education and sustainability.

“The students in the programme came from a diverse range of backgrounds, all with unique perspectives and experiences that all added to the overall experience and gave me the opportunity to step outside my comfort zone.”

Victor, who also studied at Princeton University, is a firm believer in paying it forward, a belief that was instilled in him early in his education and career.

“I believe that giving back has a ripple effect. From our support of a student at Waikato, that student will graduate hopefully with good grades and less debt, and as a result go on to positively influence other people in their community.”

“For each dollar that goes to supporting a student at the University of Waikato, the flow-on effect and positive societal benefits are so much more.

“I strongly encourage others who have the means to support the University of Waikato and consider supporting more needs-based avenues so students aren’t limited in their potential by financial obstacles.”

In 2021 Victor received a prestigious scholarship to study at Harvard University in the United States. Administered by Universities New Zealand, the programme provides funding for students from Australia, Canada, New Zealand and the UK to conduct graduate study at Harvard.

Victor is one of just three New Zealanders to receive the scholarship and will start his Masters of Education in learning design, innovation and technology at Harvard in August.