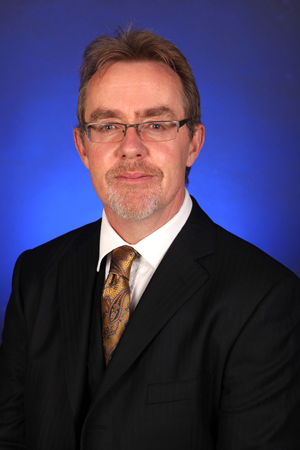 Professor Alexander Gillespie obtained his LLB and LLM degrees with Honours from The University of Auckland. He did his PhD at Nottingham and post-doctoral studies at Colombia University in New York City. His areas of scholarship pertain to international and comparative environmental law; the laws of war; civil liberties; and a number of pressing issues of social concern.

Alexander has published sixteen books. The latest works have been Waste Policy: International Regulation, Comparative and Contextual Perspectives. (Edward Elgar, London, 2015); International Environmental Law, Policy and Ethics. (OUP, Second edition, 2015); and the Causes of War: Volume II (1000-1400) and Volume III (1400-1650), both published by Bloomsbury, NYC, 2017. The Long Road to Sustainability, published by Oxford University Press, Oxford, late 2017, is his most recent work.  He has also written over forty  academic articles.

Alexander has been awarded a Rotary International Scholarship, a Fulbright Fellowship, a residency at the Rockerfeller Bellagio Centre in Italy, and  the New Zealand Law Foundation International Research Fellowship. His most recent award was from the Franqcui Foundation in Belgium, with which he held  a professorship at Ghent University for six months during 2018/2019. Alexander  has also been the lawyer/expert on a number of international delegations and advised the New Zealand government on multiple matters of international concern. Professor Gillespie  was the first New Zealander to be named Rapporteur for the World Heritage Convention, involving international environmental diplomacy under the auspice of UNESCO.  Alexander has also been engaged in policy formation for the United Nations, the Commonwealth Secretariat, and governmental, commercial and non-governmental organisations in New Zealand, Australia, United States, United Kingdom, Ireland and Switzerland. He has also made a number of  appearances before the Waitangi Tribunal and Select Committees of the New Zealand Parliament.

Below are some of Professor Alexander Gillespie's books that have been published.  Click on the image or the book title to get the book description and some reviews. These books can be purchased from Amazon.

'Coronavirus: New laws give Government more powers than during both world wars' 24 March 2020

'As NZ goes into lockdown, authorities have new powers to make sure people obey the rules' 24 March 2020

'Gun Control Efforts Have Stalled, One Year After the Christchurch Mosque Killings' 13 March 2020

'A year from the Christchurch terror attacks, NZ intelligence records a surge in reports" 27 February 2020

'Trump impeachment trial gets underway in the US' 22 January 2020

'Paths to victory: How Simon Bridges could become PM, and what might keep Jacinda Ardern in power' 17 January 2020

'Explained: Impact on NZ farmers as China doubles agricultural trade with US' 16 January 2020

'If you want a war, we'll give you a war' - NZ faces tough decisions as Iran calls Trump's bluff, expert says' 8 January 2020

'Iran rocket attacks on US bases: What are Trump's options now?' 8 January 2020

'Concerns over weapons not captured by NZ gun buyback'18 Decembeer 2019

'Alexander Gillespie: Terrorism Suppression Bill is the lesser of the evils we face'15 November 2019

'Al Gillespie talks about the issues of returning jihadis'17 October 2019

'Turkey launches airstrikes in Syria as Trump pulls out'10 October 2019

'Alexander Gillespie: Should others express regret for early encounters with Māori?'4 October 2019

'The climate revolution is coming to NZ - albeit slowly'18 September 2019

'Christchurch shootings, six months on: 'You'll never be able to go back to March 14'15 September 2019

'International law expert on the kiwi jihadi in Turkey'3 September 2019

'Why Macron's Idea to Invite Zarif to G7 Was a 'Unique Step', But It's Unlikely to Bring Any Results'26 August 2019

'We could be about to see another Tiananmen Square'11 August 2019

'Christchurch terror attack: Suspect linked to another far-right group in Europe.'5 April 2019 'Alexander Gillespie, Professor of Law, University of Waikato talks to @Seanplunket about the ChCh accused in court and the select committee on firearms yesterday.'5 April 2019 'Submissions to close today on firearms amendment bill'4 April 2019

'Why the Christchurch shooter will be charged with murder, not terrorism'20 March 2019

'New Zealand was warned a terror attack was possible'19 March 2019

From Aramoana to Christchurch: A Shorthand of New Zealand’s Relationship With Guns''17 March 2019

Security expert: 'I was looking under the wrong rock''16 March 2019

Fate of IS fighters and their wives19 February 2019

INF: Both sides could show good faith towards each other and they need to take a step back - expert30 January 2019

Another year of living dangerously2 January 2019

Alexander Gillespie: “Maybe both sides are using it as a reason to back out of the agreement’7 December 2018

Alexander Gillespie: Let's not forget those who fell in the New Zealand Wars 29 October 2018

The end of INF: Another nuclear treaty bites the dust 22 October 2018

Lorde, law and lawlessness around the world'12 October 2018

Fix for statue politics in our hands20 September 2018

Are we putting the Five Eyes club above our principles?18 September 2018

The debate rumbles on: should Chelsea Manning be allowed to come here?31 August 2018

Opinion: How does chaos in Washington affect New Zealand?25 August 2018

Medicinal cannabis drugs should be in doctors' toolbox24 August 2018

Can we phase out plastic bags in just one year?10 August 2018

Lawyer investigated over criticism of judge7 May 2018

What the meeting between North and South Korea means29 April 2018

What next? Al Gillespie analyses the attacks on Syria15 April 2018

Potential US Strike On Syria Is Powder Keg, Risk of It Exploding High – Prof.13 April 2018

Is Russia really behind the attempted murder of double agent Sergei Skripal? 15 March 2018

North Korea at Olympics a chance for progress 15 January 2018

Radio New Zealand: "Ryan talks with Law professor Al Gillespie on the most important issues during the G20 summit this weekend." 9 July 2017

Radio New Zealand: "One month into Trump's Presidency - Al Gillespie has returned from the US" 17 February 2017

Al Jazeera: Is there a way to avoid war on the Korean Peninsula? 15 December 2017

Stuff: "If Trump thought 2017 was tough for investigations into his activities, next year the heat could really go on" 13 December 2017

RNZ National: "Al Gillespie: the CPTPP and why the ISDS clause is important" 12 November 2017

Stuff: "Alexander Gillespie: Searching for our own Guy Fawkes" 5 November 2017

Aljazeera: 'What can actually trigger war on the Korean Peninsula?' 30 Septembrer 2017

NZ Herald: "Alexander Gillespie: A nuclear test over the Pacific would not be new"   27 September 2017

Aljazeera: 'War on the Korean Peninsula is not inevitable' 16 Septembrer 2017

Stuff: "Alexander Gillespie: We must not be on the side that throws the first punch" 18 August 2017

Aljazeera: What are Trump's options on North Korea? 04 August 2017

NZ Herald: Climate case: The student vs the minister 24 May 2017

Stuff: "NZ's tyre mountains keep growing in the absence of recycling scheme" 20 May 2017

One News: "The Chinese are very angry at the moment' - China looking less likely to intervene in North Korea standoff" 1 May 2017

NZ Herald: "Alexander Gillespie: The real problem for Donald Trump is what to do next after Syria Attack" 7 April 2017

One News: "'The levels of protest in San Francisco were unprecedented... everyone's angry'" 20 February 2017

RNZ National: "The end of the TPP marks the beginning of new bilateral talks" 25 January 2017

NZ Herald: "Alexander Gillespie: Superpowers taking us to the brink of war" 26 October 2016

One News: "'There would be a huge novelty value in attacking NZ' – international expert on terror threat" 12 September 2016

One News: "New Zealand is in danger of another mass shooting, like the 1990 Aramoana massacre that left fourteen dead and the country stunned, according to an expert on illegal firearms" 24 August 2016

One News: "'It's not a question of if, but when' – concerns growing over illegal firearms access online" 24 August 2016

NZ Herald: "Alexander Gillespie: Cannabis here to stay - it's law that has to change" 19 August 2016

NZ Herald: "US battle has world at crossroads - 'The foreign policies of Clinton and Trump" 17 May 2016

Listen to all Radio NZ broadcasts with Al Gillespie.

NewstalkZB: "Al Gillespie: NZ could be pulled into other countries if it continues fight against ISIS" 21 June 2016

TVNZ: One News "How are gangs getting military-style weapons?" 17 March 2016

TVNZ: Breakfast "The TPP is an 'experiment with risks and benefits' - law expert" 4 February 2016

Stuff: "Agriculture must be pulled into climate-change equations" 13 December 2015

TVNZ: One News "'We have a starting point' - Climate change agreement welcomed in New Zealand." 13 December 2015

Radio Live: "How serious is the shooting down by Turkey of the Russian Jet?" 25 November 2015

Radio Live: ""This will happen again until we find the root cause" Professor Al Gillespie?" 16 November 2015

TVNZ: Breakfast "Professor Al Gillespie says creating a fear of refugees was all part of the plan in the Paris terror attacks." 16 November 2015

Stuff: "Islamic State likely to have a bounty on rogue Kiwi's head" 21 October 2015

Radio New Zealand: "The role Russia is playing in the Syrian conflict" 7 October 2015

Radio Live: "What is a reasonable refugee quota for NZ?" James talks with Al Gillespie, Professor of Law at Waikato University. 7 September 2015

Radio Live: A New Zealander is on an ISIS hitlist. James talks with Prof. Al Gillespie, Professor of Law 14 August 2015

Radio New Zealand "Professor Al Gillespie talks about The pros and cons of dropping the bomb on Hiroshima 70 years ago." 6 August 2015

Radio New Zealand "Auckland Councilors and board members are getting pay rises. Some don't want to accept them. But do they have a choice.  Professor Al Gillespie of Waikato University explains." 31 July 2015

TVNZ: One News "Today marks the 30th anniversary of the bombing of the Rainbow Warrior" 10 July 2015

TVNZ: Breakfast "Kiwi troops in Iraq 'could be executed' by ISIS' ahead of Kiwi troops' arrival" 27 May 2015

Radio New Zealand "Waikato University law professor Alexander Gillespie said the Government had the best chance of helping save Mr de Malmanche if its started work before he was sentenced.." 30 April 2015

RADIO: Radio New Zealand "Professor Al Gillespie talks about the real threat level and where it is." 20 April 2015

TVNZ: Breakfast "Iraq 'changing by the day' ahead of Kiwi troops' arrival" 1 April 2015

TVNZ: Breakfast "Another day, another ceasefire broken in Gaza" 5 August 2014

Search the University Publications Database for publications by Alexander Gillespie