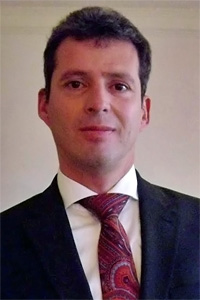 In the realm of international trade law, he has published in the three most influential and competitive journals—the JOURNAL OF INTERNATIONAL ECONOMIC LAW, the JOURNAL OF WORLD TRADE, and the WORLD TRADE REVIEW. Topics published have included analyses of the case-law and operation of the Appellate Body of the World Trade Organization, and of some of the implications for the dispute settlement system of the WTO of the Canada – U.S. Softwood Lumber Agreement.

In the field of international investment, his research has also been welcomed by very distinguished publications, such as the JOURNAL OF INTERNATIONAL ARBITRATION, the AMERICAN REVIEW OF INTERNATIONAL ARBITRATION, the YEARBOOK ON INTERNATIONAL INVESTMENT LAW AND POLICY, and the JOURNAL OF WORLD INVESTMENT AND TRADE. One of his main subject-matters in this area is the application of the state of necessity when invoked by States as an excuse for violations of international law obligations owed to foreign investors.

Alberto’s research has been cited, for instance, by a President of the International Court of Justice and by members of the WTO Appellate Body and the UN International Law Commission.

In addition to promoting in depth assessments of facts and law, his teaching philosophy has a complementary principle: a constant encouragement to students to expand their intellectual horizons. In his view, films, literature, art, music, among others, should usually be the companions of those aspiring to become accomplished legal minds.

The Political Economy of Crises and the International Law of Necessity, YEARBOOK ON INTERNATIONAL INVESTMENT LAW AND POLICY 473 (2015).

The Great Recession and the New Frontiers of International Investment Law: the Economics of Early Warning Models and the Law of Necessity, 17 JOURNAL OF INTERNATIONAL ECONOMIC LAW 517 (2014).

The International Court of Justice’s Use of the Vienna Convention in the Interpretation of Boundary Agreements: 2000–2010, 3 JOURNAL OF INTERNATIONAL DISPUTE SETTLEMENT 409 (2012). (leading journal in international law).

Private Rights, the Use of Maps, State Responsibility and Other Issues in the International Court of Justice’s Boundary Jurisprudence: 2000–2010, XLIX CANADIAN YEARBOOK OF INTERNATIONAL LAW 177. (2011).

Methods for the Identification of Customary International Law in the International Court of Justice’s New Millennium Jurisprudence: 2000–2009, 60 INTERNATIONAL AND COMPARATIVE LAW QUARTERLY 681(2011). (leading European journal in public international law; published out of the British Institute of International and Comparative Law).

Open Hearings at the WTO Appellate Body: The Next Step, 59 INTERNATIONAL AND COMPARATIVE LAW QUARTERLY 1079 (2010).

Foreign Investment Protection and Regulatory Failures as States’ Contribution to the State of Necessity under Customary International Law: A New Approach Based on the Complexity of Argentina’s 2001 Crisis, 27 JOURNAL OF INTERNATIONAL ARBITRATION 141 (2010).

Improvements to the WTO Decision-Making Process: Lessons from the International Monetary Fund and the World Bank, in REDESIGNING THE WORLD TRADE ORGANIZATION FOR THE TWENTY-FIRST CENTURY (Debra Steger, ed. 2010).

The Alleged Right to Self-Defense Against Autonomous Non-State Actors: Steps Forward, Setbacks, and the Road Ahead. Paper presented at the 42st Annual Conference of the Canadian Council on International Law. Ottawa. November 14 – 16. 2013.

A Reasonable Period of Time for Dispute Settlement Implementation: An Operative Interpretation for Developing Country Complainants. Paper delivered to the lawyers of the WTO Appellate Body Secretariat and of the WTO Legal Division, Geneva, August 2007.