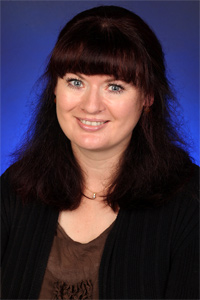 Juliet Chevalier-Watts joined Te Piringa - Faculty of Law in 2008 from Southampton Solent University in England. During her time at Southampton Solent University Juliet lectured in, inter alia, Equity and Trusts, Tort, Contract, Shipping Law and Dispute Resolution. Juliet continues her lecturing interests at Te Piringa - Faculty of Law and lectures in Equity and Succession, Tort and Dispute Resolution. Juliet publishes nationally and internationally in the fields of Charitable Trusts and International Human Rights.

Juliet is the Editor in Chief of the Waikato Law Review.

Chevalier-Watts, J, Shedding the Shackles of Bowman: A Critical Review of the Political Purpose Doctrine and Charity Law in New Zealand, NZLJ, April 2015, 108 – 115.

The Law of Charity, ThomsonReuters, 2015

The Public Benefit Requirement in Charity Law: the Mystery of the Balancing Act Trusts & Trustees October 2014

"The Right to Life and Law Enforcement Activities: The Appropriateness of a Military Response to the Problem of Terrorism." In Liberty and Security in the Age of Terrorism, ed. Murray S. Y. Bessette (Morehead, KY: Commonwealth Security Studies Laboratory, 2011), 33-52.

"The Phenomena of Enforced Disappearances in Turkey and Chechnya: Strasbourg's Noble Cause?" Human Rights Review, Vol. 11(4), 2010.

"Has Human Rights Law Become Lex Specialis for the European Court of Human Rights in Right to Life Cases Arising from Internal Armed Conflicts?", International Journal of Human Rights, [2010] 14, 4, at 584-602.

"A Rock and a Hard Place: Has the European Court of Human Rights Permitted Discrepancies to Evolve in their Scrutiny of Right to Life Cases?" The International Journal of Human Rights, (2010) 14, 2 at 300-318.

"Effective Investigations under Article 2 of the European Convention on Human Rights: Securing the Right to Life or an Onerous Burden on a State?" (2010) 21 European Journal of International Law 3, 701-721.

"Under the Law of Charity, is the Principle of Public Benefit being Hindered by the Doctrinal Rule of Precedent?" Waikato Law Review, December 2008.