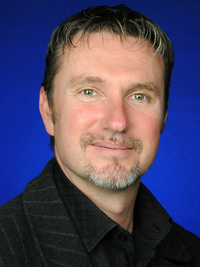 Wayne Rumbles graduated BA/LLB in 1997 with a major in History and English Literature. He completed LLM (Distinction) from the University of Waikato in 1998. He spent three years working in community law and worked for Te Matahauariki Research Institute for 10 years on the Laws and Institutions for Aotearoa/New Zealand project.

Wayne teaches in the areas of Crime, Criminology and Evidence. He also teaches the specialist fourth and fifth year papers in Cyber Law. In these papers Wayne uses innovative teaching technology including the use of lecturer and student generated podcasts to support the learning process, multimedia tools, and blended teaching environments.

This project aims to analyse national and local programmes aimed at Maori crime prevention within a global context of Indigenous crime prevention. The project will examine programmes that address these issues at all stages; pre, during or post involvement in the criminal justice system.

The project will be carried out in three stages:

It's just a Game? Law in Virtual Worlds

As more and more people interact in the virtual environment the law will follow, and the law is following you right into your virtual world. Virtual worlds are shared spaces where Internet users interact in real time, through a graphical interface; via a representation of themselves called an avatar. Some of these virtual worlds have millions of users. Behind these avatars are real people existing and interacting from multiple jurisdictions simultaneously in real time. The interactions of some these inhabitants have begun to be a focus of litigation and the courts, and even possible legislation.

The project will explore how the law has impacted on inhabitants of virtual worlds and will examine the following questions:

Usually the jurisdiction of the courts and especially the criminal jurisdiction is tied to place, it exercises its power on those people who are 'in place' and therefore fall within the physical jurisdiction.

Mobile peoples if they fell under the power of the courts, were dealt with as they passed through a jurisdiction. However for a period in the mid nineteenth century prior to the signing of the Treaty of Waitangi the jurisdiction of Supreme Court of New South Wales was extended to include British citizens in New Zealand, without asserting physical jurisdiction over 'place.'  This project will analyse cases between 1826 and 1839   where the Supreme Court (NSW) asserted (if somewhat self-consciously) its jurisdiction over the mobile British citizens in Aotearoa/New Zealand.  Not only do these cases demonstrate a desire to assert some power and control over a disorderly  pre-colony;  the cases also help paint a rich picture of the era.